Anwar not considering holding Finance Minister position ‘at the moment’ 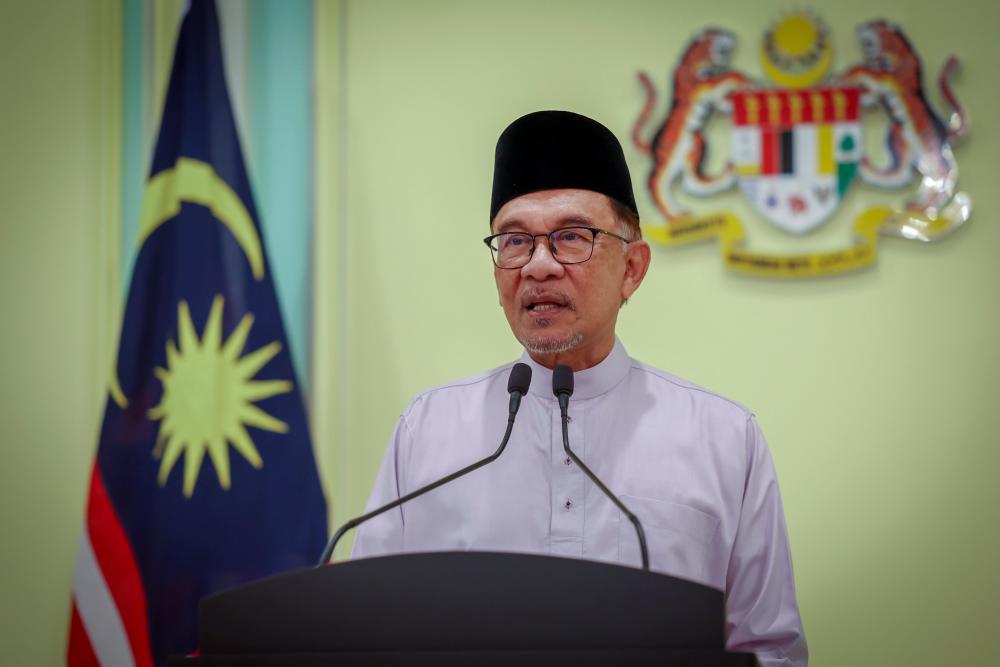 PUTRAJAYA: Prime Minister Datuk Seri Anwar Ibrahim is not considering holding the finance minister position “at the moment” in his Cabinet line-up which is yet to be announced.

Anwar, who is also the Tambun member of parliament, said he will look at all possibilities before making a final decision.

“We will look at all possibilities but at the moment I have not considered that,“ he told reporters when asked whether he will take up the finance minister position in order to reduce his Cabinet size.

Commenting on his official first day as prime minister, Anwar described it as good and busy with a lot of issues to be resolved.

Anwar was speaking to the media when he was met outside Masjid Putra after performing Friday prayers with a congregation of more than 3,000 people here today.

Anwar held the finance minister portfolio for eight years between 1990 to 1998 under the premiership of Tun Dr Mahathir Mohamad.

Earlier, speaking at a media conference on his first day after taking over the Prime Minister’s Office at Perdana Putra, Anwar said the size of his Cabinet would be reduced and that he is also seeking the agreement of ministerial candidates to reduce their salaries.

Anwar said the respective parties would propose names for his consideration.

Anwar was earlier reported to have said that the size of the Cabinet would be reduced to a maximum of 25 ministers only compared to 31 ministers under the previous administration. - Bernama