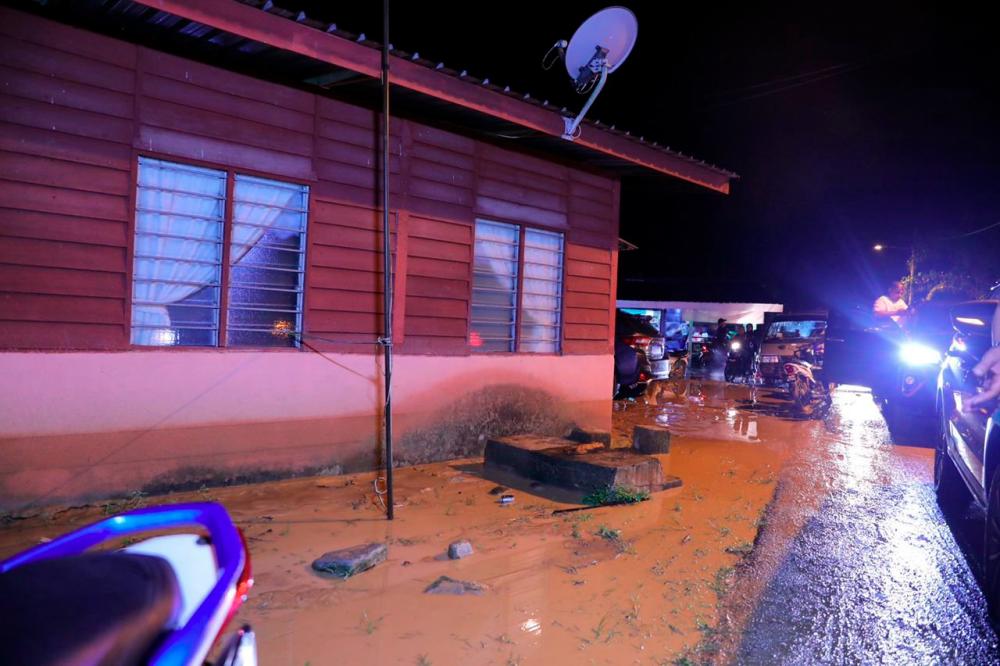 TAPAH: A total of 17 residents of a nursing home who were trapped in a single storey house in Jalan Bruseh due to the flood incident in Bidor, were rescued by a team from the Civil Defence Force (APM) at 6 pm today.

According to an APM spokesman, nine of its officers and personnel managed to rescue the residents, comprising 15 men and two women from the nursing home.

“We found five of the residents sitting on a dining table because the house was inundated with chest-high floodwaters while the rest of them, including those who are unwell, were in their rooms.

“We took about 10 minutes to persuade them to leave the house with the help of the home’s chairman because initially some of the residents refused to budge,” he told reporters when met at the flood relief centre at Sekolah Jenis Kebangsaan (Cina) Choong Hua 1, where all the residents are being housed tonight.

He said the senior citizens were then sent to a nearby temple before they were transferred to the relief centre.

Meanwhile, Perak Menteri Besar Datuk Seri Saarani Mohamad who visited the relief centre tonight expressed his thanks to the rescuers for saving the victims.

He also said, apart from Bidor, Felda Trolak, Pekan Trolak, Sungkai and the Batang Padang district were also flooded, adding that he would visit all the affected areas. — Bernama