Are we staring at a bankruptcy storm? 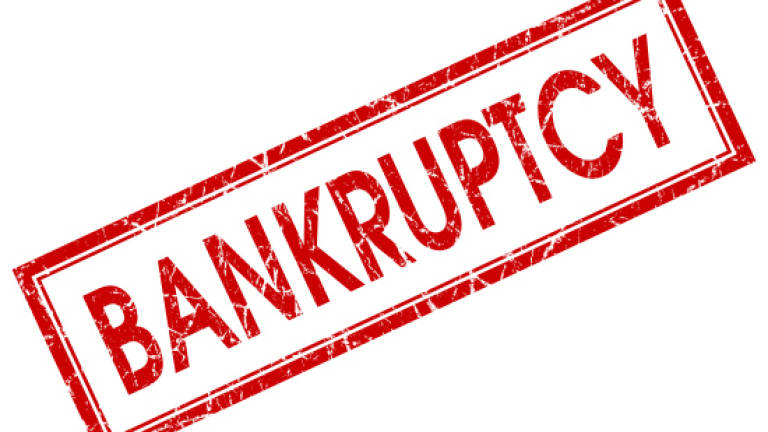 WITH the six-month loan moratorium ending in September, we are looking at a possible surge in bankruptcy filings by companies and individuals.

Bankruptcy numbers mirror unemployment rate for individuals while the projected rise in corporate insolvency is largely due to the adverse economic atmosphere.

Disruptions to the global supply chains due to weakening Chinese imports and tourism have taken a toll on our industries.

Businesses are tightening their credit management processes to minimise bad debt risks as a global recession is looming.

The Asia-Pacific region faces the highest increase in insolvencies in 2020 at 4.2%, partly due to its close ties with China, according to Atradius, a provider of trade credit insurance, surety and debt collection services.

The number of bankruptcy cases in Singapore surged to its highest in years even before the Covid-19 pandemic wreaked economic havoc on the world.

According to the latest data from the Singapore Law Ministry’s Insolvency Office, the number of individuals filing for bankruptcy soared by 47% from a year earlier to 434 in January, the highest since October 2004.

Bloomberg reported that companies in liquidation in Singapore jumped to 287 last year, the highest since records began in 2005. The same scenario is set to be reflected in its economic twin, Malaysia. There is no available data on bankruptcies beyond August 2019, but the Malaysian Insolvency Department recorded 80,625 cases from 2015 to August 2019.

Bank Negara Malaysia Assistant Governor Adnan Zaylani Mohamad Zahid has said that the central bank has “no intention of extending the moratorium as it would have repercussions that we want to avoid”.

The Malaysian Trades Union Congress has put the number of Malaysians losing their jobs until April at 800,000.

We are looking at one million Malaysians becoming jobless in the next few months and drastic pay cuts for those who are still employed.

These Malaysians cannot perform financial acrobatics and service their loans in the months to come. Deferment of payments need to be granted until the economy normalises.

3.Will PM appoint another adviser on inflation, LGE asks