Army to form inquiry team after soldier opens fire, kills himself in Kuching 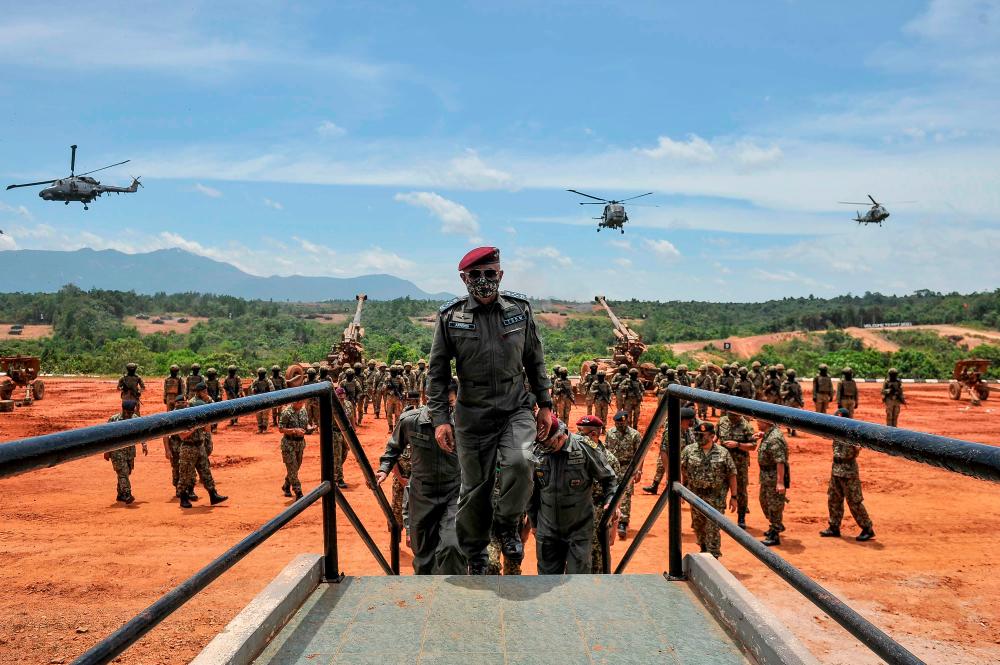 TAMPIN: The Army will form an inquiry team to improve security operations procedures and governance following an incident where its personnel allegedly fired shots before committing suicide in Kuching, Sarawak, last night.

Chief of Defence Force Gen Tan Sri Affendi Buang said the formation of the team was to avoid such incidents, especially among its personnel, from recurring.

He said the focus of the Malaysian Armed Forces (MAF) now was to help the family of the personnel involved so that his widow and child received appropriate assistance.

“The MAF does not want to issue any preliminary statements regarding the incident so as not want to hinder the investigation being carried out by the police,” he told a press conference after attending a shooting exercise programme at the Syed Sirajuddin Camp in Gemas, Negeri Sembilan, here, today.

Affendi said the MAF would hold a special media conference regarding the case so that there would be no misunderstanding or negative perception among the community.

The soldier, in his 20s and based at the army camp in Bau, was believed to have gone on a shooting rampage, injuring his mother-in-law.

Meanwhile, the MAF will speed up the administering of Covid-19 vaccine booster shots to its personnel as stipulated by the Ministry of Health (MOH).

Without revealing the total number of booster shots to be given, Affendi said the MAF would identify personnel requiring the booster shots, adding that it would be done as soon as possible.

“The MOH said the group that would be given priority for the Covid-19 vaccine booster shots are the frontliners, (so) we will start the inoculation for this booster dose as soon as possible according to the categories stipulated by the MOH,” he said.

He said that among its personnel who will receive the booster shots were high-risk individuals and those who had completed vaccination six months ago.

Previously, Health Minister Khairy Jamaluddin said that senior citizens with comorbidities, frontliners, individuals who have low immunity as well as those staying and working long term in care centres would be given the Covid-19 vaccine booster dose from this month.

1.Govt urged not to introduce new tax but to control leakage in Budget 2022