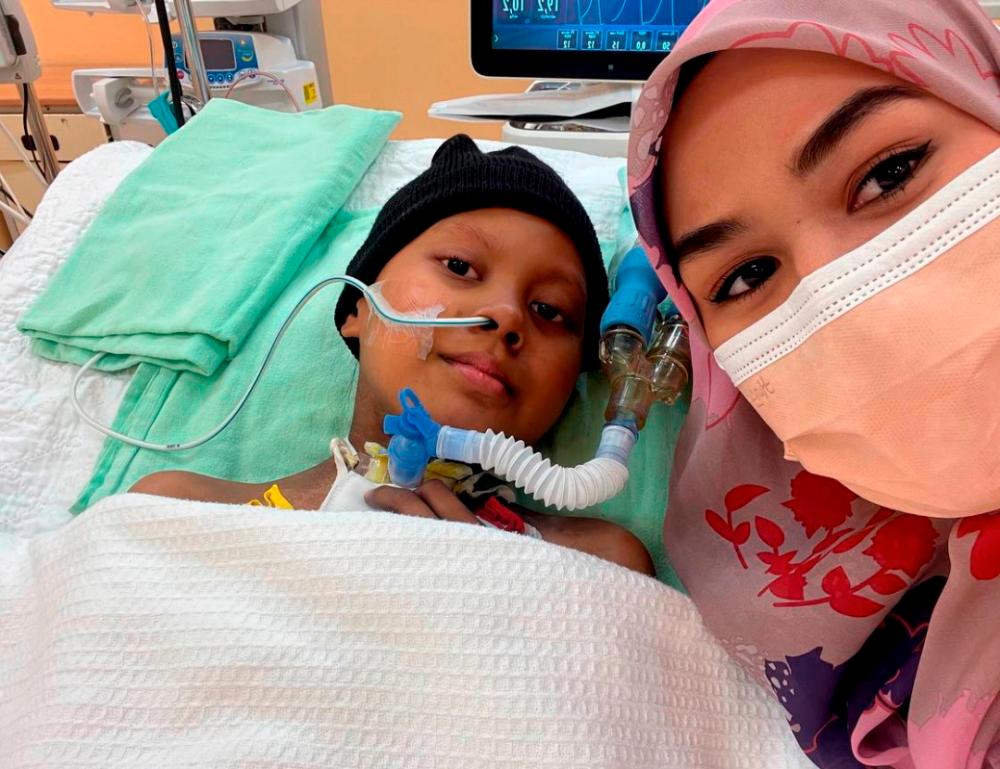 ANY woman in her 20s would have dreams to pursue, goals to achieve and a busy social life to boot.

But for 26-year-old Rosliza Mohd Sharif, life is all about caring for her 12-year-old niece Rose Aleya Aleysha Mohamad Zafaris.

Rose Aleya is one of five children of Rosliza’s brother. She also has cancer and caring for her takes up all of Rosliza’s time.

Life for the family turned topsy-turvy one night a few years ago when police came knocking on the door of their home in Temerloh, Pahang.

They handcuffed Rosliza’s brother and his wife and took them away. The couple were subsequently sentenced to five years’ jail for a drug offence, leaving their children in the lurch.

But both families of the couple leapt into action. Rosliza focused on Rose Aleya’s care while her sister took in the youngest child, a nine-year-old boy. The three elder ones, all boys, moved in with their mother’s family.

Rosliza said it helps that she shares the same house in Malacca with her parents and her sister as well as her sister’s own family. Her sister has three children of her own.

But whatever semblance of stability the family had was shattered yet again last year.

“In November, Rose Aleya complained of a toothache. I took her to a dentist as we noticed a bulge on her cheek,” Rosliza told theSun.

When the swelling persisted two weeks later, the dentist referred Rose Aleya to a hospital where a diagnosis revealed that she had Ewing Sarcoma, a type of tumour that forms in the bone or soft tissue.

There was more bad news.

“The doctors said she had barely six months to live. But thank God it has been 10 months now and she is still here with us,” Rosliza said.

She described Rose Aleya as a strong child who is determined to fight the cancer.

Upon Rose Aleya’s diagnosis, Rosliza quit her job so she could focus full time on her niece.

“My siblings help out with finances, specifically the cost of chemotherapy and radiotherapy,” she said.

“Thank God I have a strong support system. My brothers and sisters and my parents all chip in so that helps a lot.”

Rosliza said even before her parents went to prison, Rose Aleya was close to her.

Rose Aleya has therapy sessions at the Kuala Lumpur Hospital, and to ensure that she does not have to make the trip from Malacca frequently for treatment, the National Cancer Society Malaysia (NCSM) provides them a place to stay when they are in Kuala Lumpur.

Rosliza said she could have spent her life on other pursuits.

“I have many friends and I could have chosen to be with them, have a social life, but I decided to give that up to care for Rose Aleya. Through her, I have learned to be positive all the time.”

Rosliza also relishes the success of others close to her. She expressed joy and pride that her twin brother is serving as a policeman.

She may have to put her dreams on hold, but Rosliza is appreciative that caring for Rose Aleya has also made her a more positive person.

Rose Aleya’s parents will be released from prison before the end of the year, but an uncertain future awaits them.

In the spirit of Childhood Cancer Month, marked in September every year, the NCSM is highlighting the severity of cancer among children. Among the many types of cancer, leukaemia is the most prevalent, accounting for 46.4% of all children with cancer. This is followed by brain cancer with 14.8%, lymphoma (10.1%) and eye cancer (3.2%).

4.MACC confirms arrest of three of its senior officers over alleged abuse of power, misconduct