Azam Baki should go on leave while under investigation -Rais Yatim 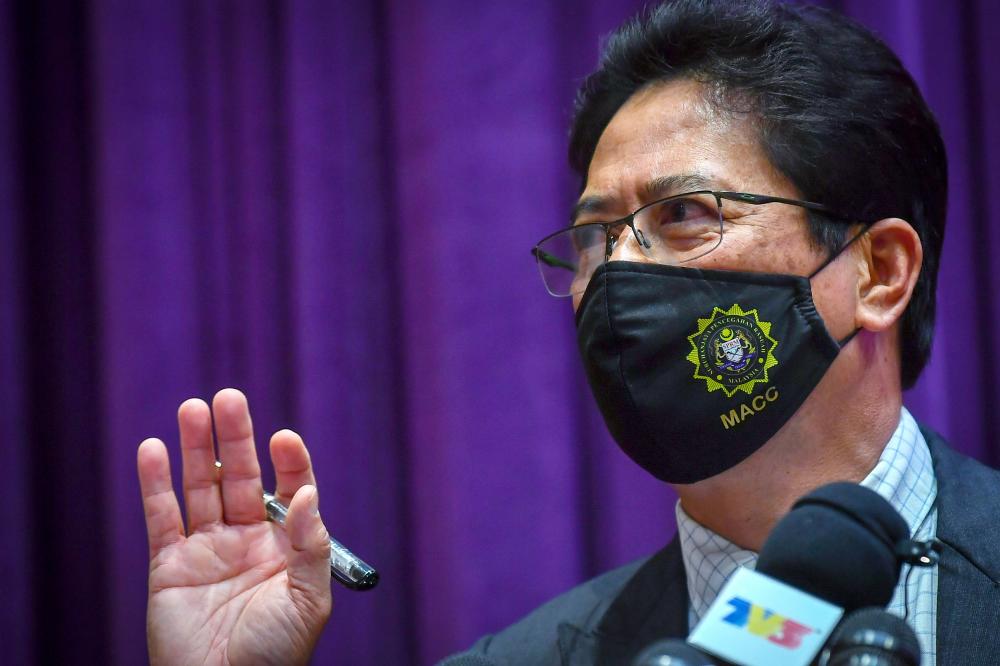 KUALA LUMPUR: The parliamentary Special Committee on Corruption (JKMR) is of the view that Malaysian Anti-Corruption Commission (MACC) chief Tan Sri Azam Baki (pix) should go on leave while the investigation on his corporate shares ownership is being dealt with by the authorities.

JKMR chairman Tan Sri Rais Yatim said according to normal practice, those under investigation for misconduct would be suspended from duty, but added that there were also cases where higher-ranked individuals were not asked to go on leave while their case was being investigated.

“In this matter, the facts surrounding (the case involving) Azam Baki is not criminal or not a criminal act, but perhaps (a matter) of misconduct or not carrying out his duties.

“As such, our (JKMR) view is that he (Azam) should go on leave for a while and let those responsible (for the investigation) carry out their duties.

“However, it is up to the Public Service Commission to decide on whether he should go on leave or not,” he told a media conference in Parliament, here, today.

Azam is currently embroiled in a controversy involving the purchase of corporate shares between 2015 and 2016, while he was the MACC director of investigations.

Rais, who is also Dewan Negara president, said JKMR was also of the view that the declaration of Azam Baki’s assets should be the fundamental issue in the ongoing investigation.