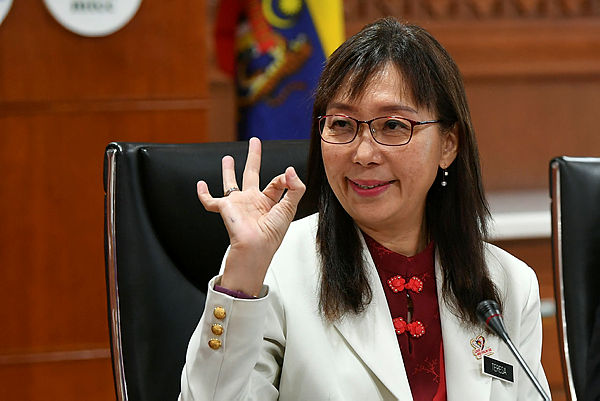 She said the implementation of the B20 programme, which consists of 20% biodiesel and 80% petroleum diesel, and the continued B7 programme for the industrial sector, would use about 1.3 million tonnes of palm oil a year and reduce greenhouse gas (GHG) emissions by 3.8 tonnes a year.

“Scientific studies have proved that use of biodiesel can reduce GHG emissions. Biodiesel also has a higher cetane number. This can improve the engine’s performance and result in cleaner exhaust gas emissions,” she told Bernama.

Kok said the use of biodiesel, with its almost zero sulphur content, could also lower sulphur dioxide emissions to the atmosphere and thus the incidence of acid rain.

She said the government, with the collaboration of petroleum companies like Petronas, Shell, Petron, Chevron and BHP, will supply B20 biodiesel in stages to over 3,400 petrol stations nationwide.

To recap, Malaysia implemented the B5 programme for the transport sector in June 2011 and the B7 programme in December 2014.

The mandatory implementation of B10 in the transport sector began on Feb 1, 2019 while B7 use for industrial applications was made mandatory on July 1, 2019.

Kok said oil companies are actively upgrading their depots to enable them to accommodate up to B30 biodiesel.

“Who knows maybe one day we might upgrade to B30, so we should do it now. But because we are doing things in phases, we start with the states that do not require many changes such as Langkawi, followed by Labuan, Sarawak, Sabah and subsequently in Peninsular Malaysia,” she said.

Asked on challenges in the implementation, Kok said the government has not received many complaints but a lot of queries from dealers in the automotive industry on which biodiesel they should use for vehicles.

“I do not see much problem with this B20 programme as the acceptance level is very high. Let us all help to reduce carbon in the atmosphere,” she stressed.

Diesel B7/B10 and B20 biodiesel blends may be used interchangeably in all diesel vehicles without problem, she said.

It was reported that a preliminary study and engineering design for the upgrading of the blending depot has been approved with an allocation of RM35 million.

Tomorrow the ministry and its agency the Malaysian Palm Oil Board (MPOB) will launch the B20 Biodiesel Programme at a ceremony officiated by Deputy Prime Minister Datuk Seri Dr Wan Azizah Wan Ismail.

Meanwhile, Kok expressed hope that the B20 programme could support the crude palm oil (CPO) price this year, thus benefiting the smallholders, who own 40% of the oil palm plantation areas in the country.

“Currently, CPO is trading at between RM2,700 and RM2,800 per tonne, and with the B20 and soon the B30 programme, this can be our mechanism to stabilise the price at the current level,” she added.

In December 2016, the Japan Automobile Manufacturers Association (Jama) stated its support for the use of 20 per cent palm oil biodiesel in diesel.

Field tests by the MPOB and comprehensive studies by Jama have also shown that B20 is suitable for use in diesel engines.

The implementation of the B20 programme is also in line with the National Automotive Policy under the International Trade and Industry Ministry which wants vehicles to be B20- and B30-ready.

Countries that already allow the use of biodiesel in diesel include the European Union, the United States, Indonesia, Thailand, Colombia, Argentina and Brazil. — Bernama

2.Malaysia is only seeking China’s views on AUKUS- Hishammuddin