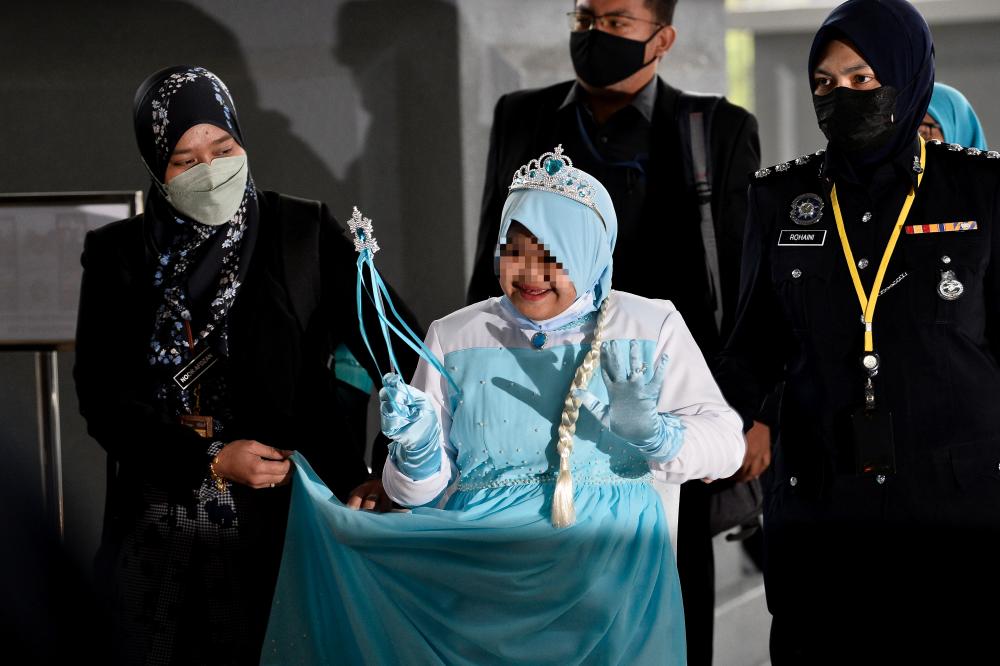 KUALA LUMPUR, Sept 22 -- A 13-year-old girl with down syndrome, known as Bella, appeared in the Sessions Court today to testify in the trial of Rumah Bonda Founder Siti Bainun Ahd Razali who allegedly neglected and mistreated her. BERNAMAPIX

KUALA LUMPUR: A 13-year-old girl with down syndrome, known as Bella, testified in the Sessions Court here today as the 18th prosecution witness in the trial of Rumah Bonda founder Siti Bainun Ahd Razali, who allegedly neglected and mistreated her, last year.

However, before Bella was called, deputy public prosecutor Zilfinaz Abbas informed the court that the trial will be conducted in-camera as the girl was the victim in the case and that her testimony could not be reported by the media as she is a child witness.

Zilfinaz also said that in the previous proceedings, the prosecution had requested that an intermediary and an accompanying adult be appointed for Bella as required under the Evidence of Child Witness Act 2007 and for them to be with the girl in another room during the trial.

The two individuals are Dr. Nor Jumawaton Shahruddin, a psychology officer from the Attorney General’s Chambers, as the intermediary, and Social Welfare (JKM) officer Noor Faiidah (rpt: Faiidah) Mohamed as Bella’s companion,“ she told Judge Izralizam Sanusi, who then said that the court had allowed their appointments.

He also allowed the prosecution’s request for today’s proceedings to be conducted in camera and asked members of the media and the public to leave the public gallery.

Bella, in a blue dress like the one worn by Elsa in Frozen, was seen smiling when she arrived at the Kuala Lumpur Court Complex around 9 am accompanied by JKM officers and policemen.

Siti Bainun, 30, is facing two charges of neglecting and abusing the teenage girl causing her to suffer physical and emotional injuries between February and June 2021 at a condominium in Wangsa Maju, here. - Bernama