Bersatu no longer part of Selangor govt at all levels: MB 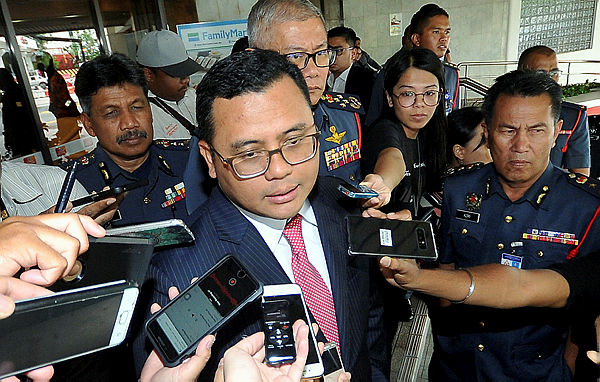 SHAH ALAM: Parti Pribumi Bersatu Malaysia (Bersatu) has been booted out of the Selangor state government administration at all levels.

However, cooperation with the federal government would continue as usual according to the principles of federalism based on the Federal Constitution, he said.

Amarudin said this was a sign of respect and commitment after the unprecedented mandate given by the people of Selangor towards Pakatan Harapan (PH) in the 14th General Elections.

“The PH Selangor leadership is committed to upholding the decree of Selangor Sultan Sharafuddin Idris Shah to ensure stability and unity in Selangor, while continuing to serve the people in the best way possible.”

The Mentri Besar said after recent political developments at the federal level, PH Selangor had conveyed to the Sultan that Bersatu’s administrative role in the state government will cease with immediate effect.

The Mentri Besar commands the confidence of 43 state assemblymen, while the Opposition, which includes Bersatu, Umno, PAS and independents hold 13 seats.

When asked about his allegiance to former PKR deputy president Datuk Seri Azmin Ali, Amirudin said his loyalty lies with the party instead of his former boss. He added that he was always a party man and would remain so.