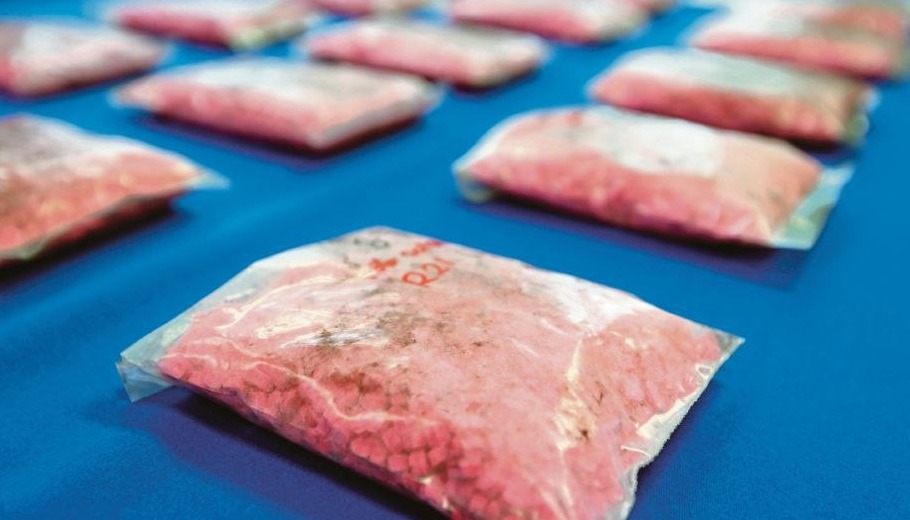 MIRI: Police have arrested three drug traffickers and subsequently made the largest drug and asset seizure in Sarawak to date, totalling RM409,917.

“We believe the detention of the three suspects and the seizures will temporarily halt drug distribution activities at entertainment centres here,“ he said at a press conference at Miri District Police Headquarters (IPD) today.

He said the first raid was conducted on Sunday at 7.40pm on the first floor of a shop house in Luak Bay with a seizure of 4,044 ecstasy pills weighing 1,260g, 2,240g of powdered ketamine, and 1,830g of a mixture of fruit juice and ketamine.

He said the second raid took place at 4pm on Monday at a house in Luak Bay with a seizure of 416g of ketamine and a mixture of fruit juice and ketamine weighing 695g.

According to him, police also seized various equipment and materials for processing, weighing and packing drugs for distribution purposes around entertainment centres in Miri.

He said the case was investigated under Section 39B of the Dangerous Drugs Act 1952 and that the three suspects, all unemployed, had been remanded for seven days starting Sept 30.

“Initial drug testing was conducted on all three suspects and found to be positive,“ he added. — Bernama