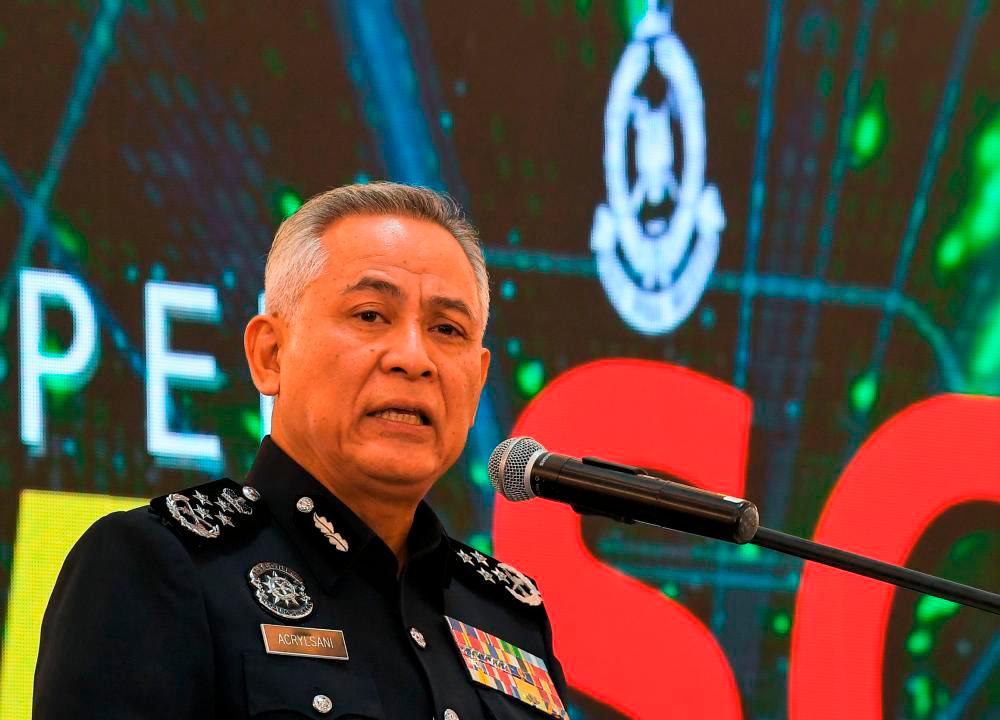 KUALA LUMPUR: The Royal Malaysia Police (PDRM) will ensure that the allocations provided to the force under Budget 2023 will be used to focus on enhancing the quality of service to the big family of Malaysia.

Inspector-General of Police Tan Sri Acryl Sani Abdullah Sani (pix) said the allocations and initiatives announced under the budget were regarded as important in preserving peace and order in the country.

He said PDRM welcomed the announcement to set up the National Scam Response Centre (NSRC), which will pool the resources of PDRM, Bank Negara Malaysia, Malaysian Communications and Multimedia Commission and National Anti-Financial Crime Centre.

“This collaboratiion will have a positive impact on the government’s effort to combat crimes of scam in Malaysia,” he said in a statement tonight.

Finance Minister Tengku Datuk Seri Zafrul Tengku Abdul Aziz, when tabling Budget 2023 today, announced that RM18.3 billion would be allocated to the Home Ministry to strengthen public order and security in the country.

The allocation includes RM431 million for the purchase and maintenance of PDRM assets, RM42 million for repairing and upgrading PDRM quarters and the addition of 25 border control posts for the General Operations Force, Immigration, Eastern Sabah Security Command and Malaysian Maritime Enforcement Agency, including in Serikin, Sarawak, and Lahad Datu in Sabah.

Apart from this, there is also an offer of 50 per cent discount on public transport under the management of Prasarana to 21,000 holders of police retiree cards and Malaysian Armed Forces veterans in Kuala Lumpur, Selangor, Pahang and Penang. - Bernama