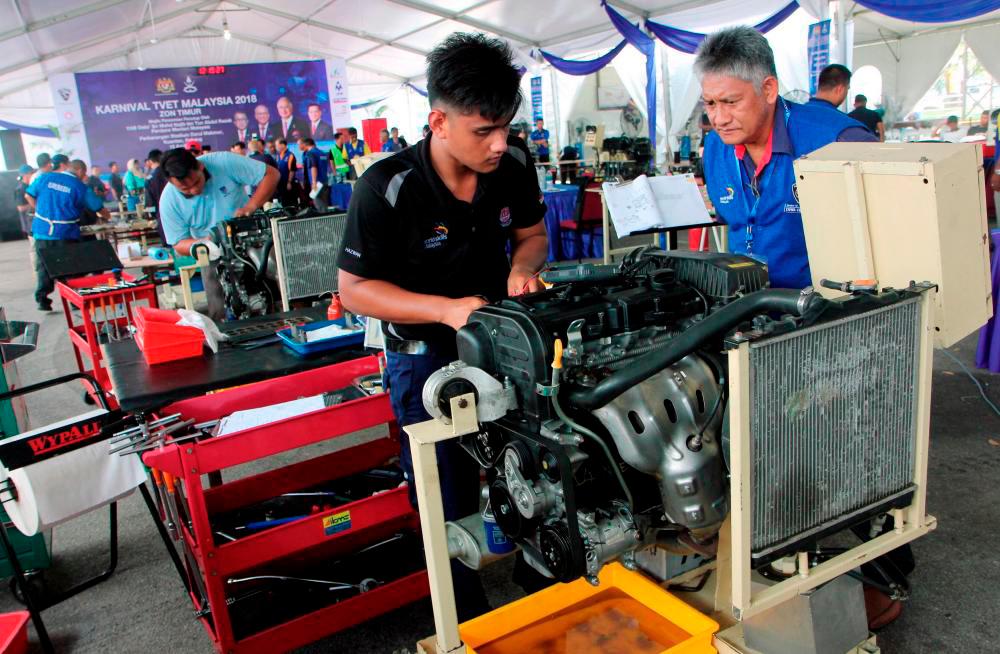 KUALA LUMPUR: The government is allocating RM6.7 billion under seven key ministries for the implementation of various Technical and Vocational Education and Training (TVET) initiatives next year.

“The government will also continue with the National Dual Training System programme with an allocation of RM20 million for the benefit of 3,000 trainees.

“The government also plans to extend until 2024 the individual income tax relief of up to RM8,000 for annual net savings in the National Education Savings Scheme,“ he said when tabling the Supply Bill 2023 in the Dewan Rakyat today.

Prior to that, he said, the prime minister had agreed to increase the PTPTN loan rate, as well as provide computer loans for the M40 group, besides exempting PTPTN loan repayments for students who graduated with a first-class bachelor’s degree.

Meanwhile, he said the government would continue the Employment Incentives under the Social Security Organisation by paying RM600 to RM750 per month for three months to employers, and would also provide incentives, involving an allocation of RM150 million, to veterans, employers, and Private Employment Agencies that replace foreign workers with local workers.

According to the Finance Minister, the government will continue the implementation of the short-term employment programme (MySTEP) by offering 50,000 career opportunities on a contract basis.

He said HRD Corp would provide RM750 million to provide skills training for over 800,000 employees, while the Securities Commission, in collaboration with the Capital Market Development Fund, would establish a Digital Innovation Fund (DIGID) involving RM30 million to increase the marketability of 9,000 graduates in capital market.

The government will also provide an allocation of RM20 million for the implementation of the Graduate Entrepreneur Programme (PUSh), which is expected to benefit 1,000 graduates, he added. - Bernama