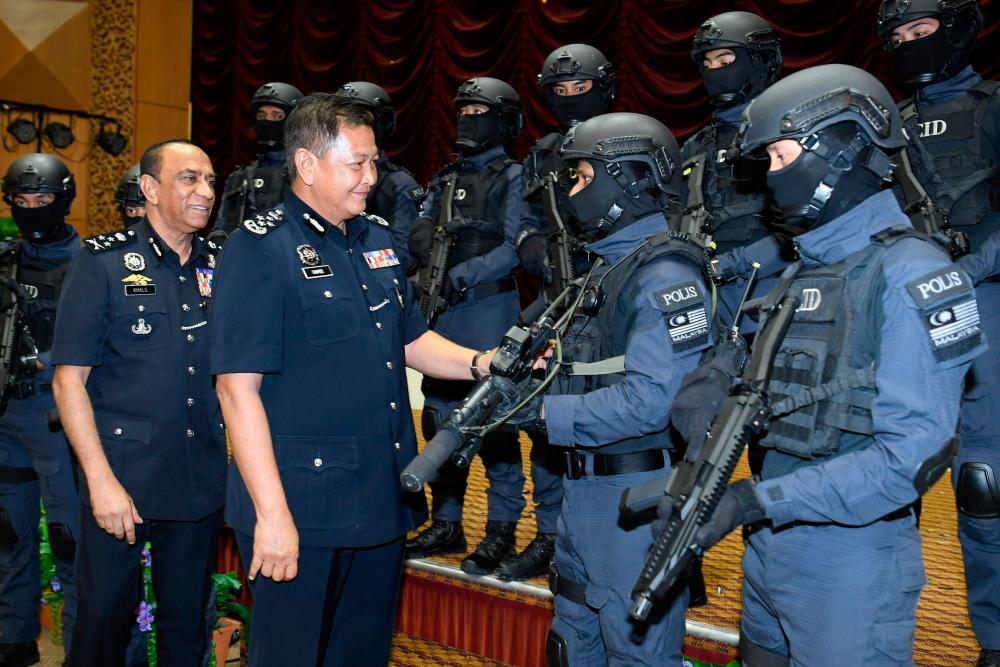 Inspector-General of Police, Tan Sri Abdul Hamid Bador said the video was developed in Bahasa Malaysia and English versions, while the NCID theme song was taken and modified from the ‘Gemuruh’ song sung by Faizal Tahir.

He said the corporate video and theme song were created based on three cores of the National Drug Policy and five cores of the Security and Public Order Policy, besides to catalyse transformation in the aspects and operations of the Five M strategies.

“Therefore, we must move forward with the latest methods and approaches in dealing with drugs in line with the national mission for a drug-free Malaysia,” he said at a press conference after the launch, here.

Abdul Hamid said he would constantly be monitoring the latest developments on drugs, and also congratulated the police force, especially the NCID which had clearly carried out its responsibilities with a high level of integrity.

“In combating the drug threat, integrity plays a very vital role. If there is no integrity, then the country will be destroyed,” he added.

His remarks came after the NCID marked a great success throughout 2019 when it seized 180 tonnes and 75,000 litres of drugs worth RM2.7 billion. - Bernama