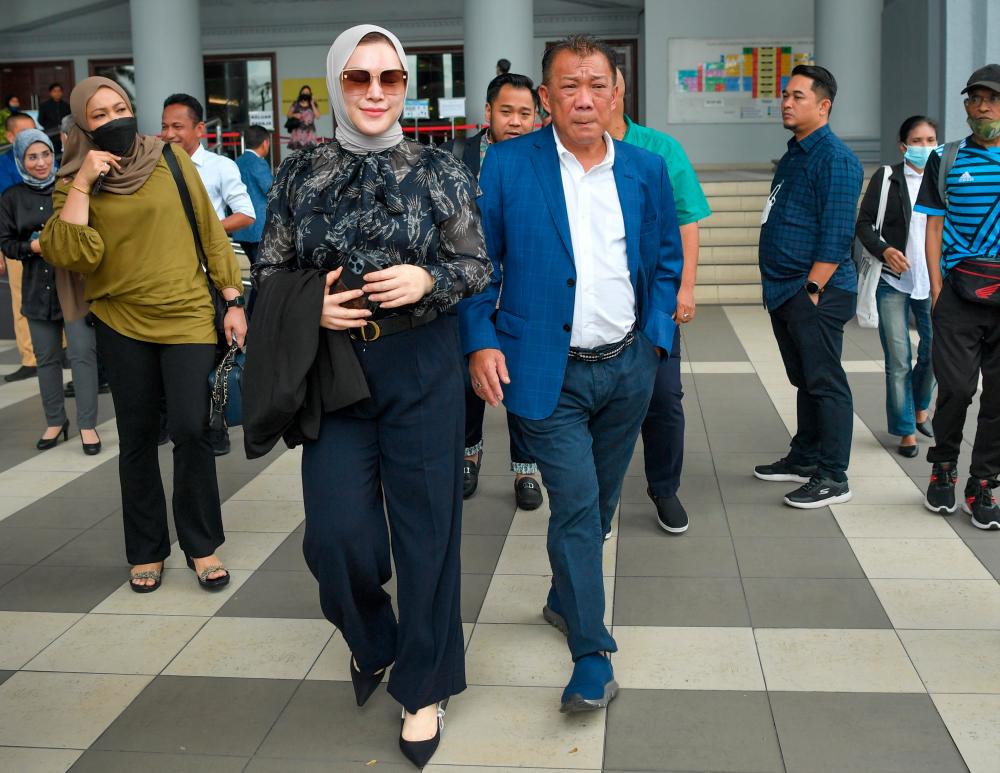 This follows the decision of High Court Judicial Commissioner Datuk Azhar Abdul Hamid who allowed the initial objection by deputy public prosecutor Law Chin How against the couple’s application.

“After examining the arguments of the parties involved, I agree with the arguments put forward by the respondent (prosecution). Therefore, the preliminary objection is allowed and the notice of motion of both applicants is rejected,“ said Azhar.

In the previous proceedings, Law informed the court that the initial objection was submitted on the grounds that the application should not have been filed through a notice of motion.

He said the method of filing the notice of motion made by the couple was wrong and contrary to Sections 35 and 36 of the Courts of Judicature Act 1964 read together with Sections 325 and 326 of the Criminal Procedure Code.

Bung Moktar and his wife filed separate applications on Sept 19, among other things, asking the High Court to summon and examine the records of the trial proceedings at the Sessions Court which heard and decided that they should defend themselves against charges of corruption and abetment.

They requested the High Court to overturn the decision made by the Sessions Court on September 2, on the grounds that the judge who heard the trial erred in terms of law and fact when deciding that the prosecution succeeded in proving the applicants received bribes from two investment agents, who were the main witnesses in the case.

On May 3, 2019, Bung Moktar was charged with two charges of accepting bribes of RM2.2 million and RM262,500 as an inducement to obtain FELCRA approval to invest RM150 million in Public Mutual unit trusts.

He is alleged to have accepted a bribe from Public Mutual agent Madhi Abdul Hamid through Zizie Izette at Public Bank Taman Melawati Branch here between 12.30 pm and 5 pm, June 12, 2015.

She was also charged with receiving RM337,500 in cash from Unit Amanah consultant, Norhaili Ahmad Mokhtar, under the name of Zizie Izette for the same reason and place on June 19, 2015 while Zizie Izette is facing three charges of abetting her husband over the matter at the same place, date and time.