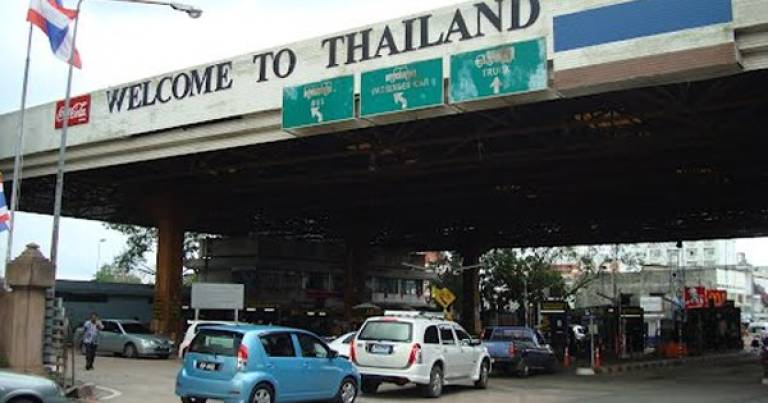 PASIR MAS: A wholesaler’s trade of controlled items to foreigners near the Malaysia-Thai border was busted yesterday in a joint operation by officers from the Domestic Trade and Consumer Affairs Ministry and the 7th Battalion of the General Operations Force (PGA7).

In the bust at the wholesaler’s premises in Rantau Panjang yesterday afternoon, it was found that apart from selling controlled items to foreigners and unlicensed individuals, other infringements discovered were that the stock of items there was in excess of the quantity allowed to the wholesaler, and stock records were incomplete.

At a press conference yesterday evening at the Tactical Headquarters for the PGA Southeast Brigade here, director of the Kelantan office of the ministry, Adnan Abd Rahman, said the sting was launched following the detention of a Thai national as well as his four wheel drive vehicle bearing Thai registration plates, at the exit point of the Immigration, Customs, Quarantine and Security (ICQS) complex in Rantau Panjang in the direction of Thailand, at about noon.

The forty something suspect was detained when checks found about 1,105 kg of cooking oil and 240 kg of wheat flour hidden in the vehicle.

“We believe all these items were intended for re-sale in Thailand at much higher prices,” said Adnan.

In the joint operation at the ICQS checkpoint which was held from 10am to 5pm, the controlled items seized comprised a total of 6,985 kg of cooking oil and 240 kg of wheat flour worth RM59,336.50.

Although the wholesaler in Rantau Panjang was not detained, Adnan clarified that investigations were underway, in connection with offences under the Control of Supplies Act 1961, with a maximum fine of RM1 million or a maximum jail term of three years for an individual, and a maximum fine of RM2 million for a company.

He added that complaints about irregularities concerning the sale of controlled items could be directed to the ministry’s portal at https://eaduan.kpdnhep.gov.my or 019-279 4317 (WhatsApp) or by visiting any of its offices in Kelantan. - Bernama