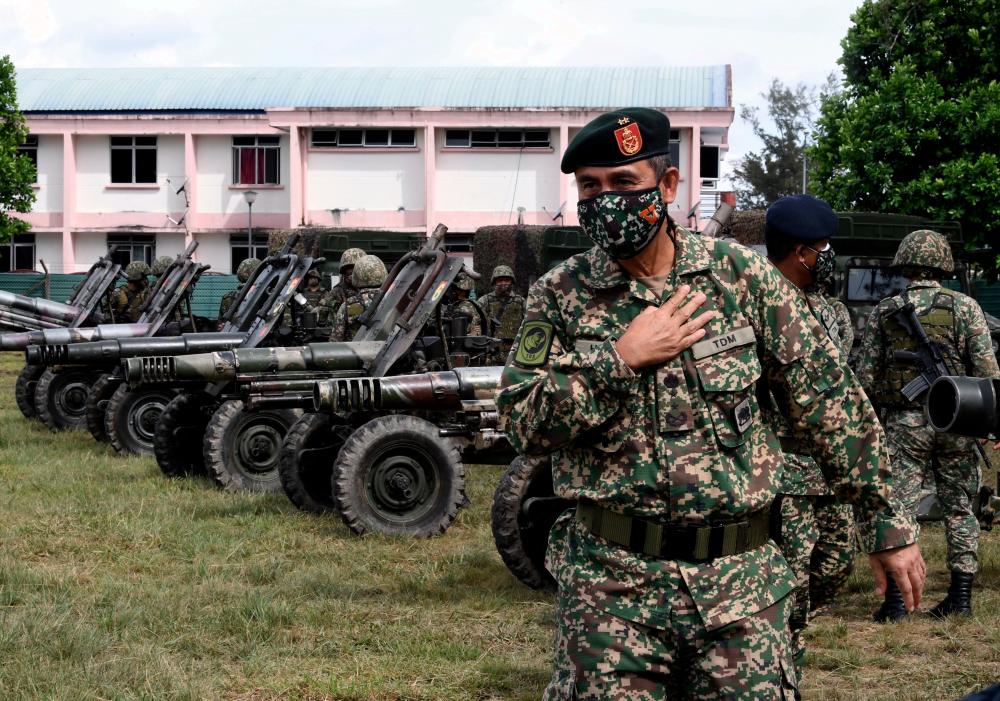 KOTA KINABALU: The capability of 250 personnel and officers as well as various assets of Division Five Army Headquarters was tested in the Division Five Tembadau Exercise to ensure the division is always ready to defend the country especially Sabah from all forms of threats.

“The capability of army personnel and assets should be frequently tested to ensure its preparedness to assure the sovereignty of the country.

“Therefore the training is carried out to gauge the level of preparedness and movement formation under the patronage of the Fifth Division Command around Lok Kawi Camp,” he told reporters after officiating the exercise here today.

Tembadau, a species of wild cattle that are only found in Borneo island, is the symbol of the Fifth Division Command in Lok Kawi Camp located about 15 km south of Kota Kinabalu and the division is also known as in Bajau language as ‘Nerang Separang” which means agile in the attack.

Mohd Halim said it is hoped the implementation of the exercise would also unveil the weaknesses of the team for improvement.

“When the exercise is over, we will carry out a report and evaluate the extent of the capability of the personnel and assets. If there were assets found to be damaged or not functioning well we would bring them to the higher-ups to be resolved and ensure our preparedness continues to be empowered,“ he said. — Bernama