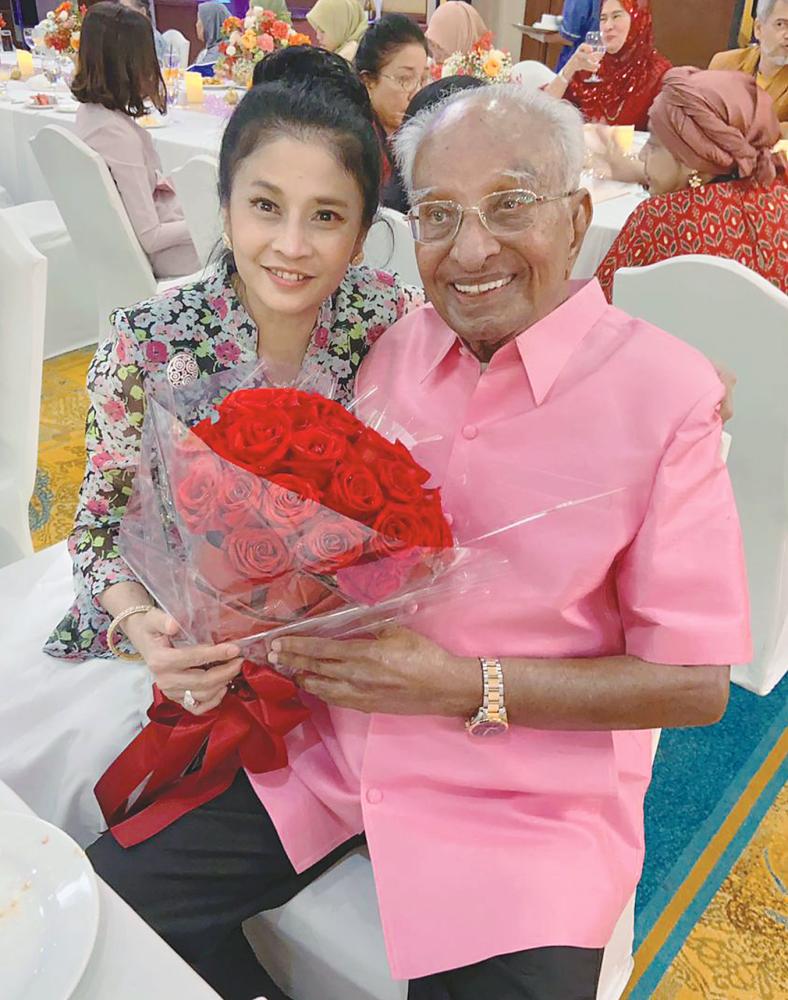 Better known as L. Krishnan, he was instrumental in launching the careers of numerous local actors, most notably Tan Sri P. Ramlee.

“I feel great and stronger than my age. I feel like I’m still 80 years old,” the centenarian told theSun from his home in Chiang Mai, Thailand, where he has been staying for more than a decade with his wife Puan Sri Rukmanee, a former nurse.

He attributes his health and wellbeing to a good breakfast of four egg whites with plain yoghurt, one soft-boiled egg and a cup of coffee.

“For lunch, I have some home-cooked, sugar level-controlled meals, which my lovely wife prepares for me. Dinner is kefir (fermented milk drink, cultured from kefir grains) that has probiotics,” he said, adding that he walks for about 10 minutes in the morning.

But the secret for feeling young at heart?

“For those who want long life and good health, they must have good people around them. This is my secret!”

A 2016 Merdeka Awards recipient, he is widely regarded as the father of the Malay film industry and a prolific director recognised for laying the foundation for Malaysia’s modern film industry.

Born in Chennai, formerly known as Madras, the capital city of the Indian state of Tamil Nadu, on Oct 21, 1922, he migrated with his family to Penang where he grew up. He attended the Bukit Mertajam High School and obtained his Senior Cambridge in 1941.

According to www.merdekaaward.my, he was briefly a translator during the Japanese occupation of Malaya.

In 1946, he was sent back to Madras by the British army. A year later, he gained employment as an assistant film director at the Kalairani Film in Madras.

In 1949, he moved to Singapore and became a film director at Shaw Studio, better known to local film buffs as the Malay Film Productions studio in the renowned Jalan Ampas.

He met P. Ramlee during the casting for the film Bakti at the studio.

“When I sent my casting report to (studio owner Sir) Run Run Shaw, he rejected it, describing Ramlee as a fellow with lots of pimples with an ugly face.

“He called me to the office and told me that Ramlee was not suitable for the lead role in Bakti,” he said.

“However, I felt that he had a certain charm,” he said of Ramlee, who eventually got the part for the film that was shot and released in 1950.

The film made Ramlee a heartthrob of the silver screen. In the film, Ramlee acted alongside actress Siput Sarawak.

Krishnan recalled being naive when he first ventured into filmmaking.

“I didn’t have any knowledge of making films,” he said.

It was after observing K. Subramaniam, a filmmaker in his early years in Madras, that he could visualise his future in an industry that would see him directing and venturing in more than 30 films.

“We worked together and I gained a lot of experience through him. All that experience inspired me to be a filmmaker,” he said.

On the current local film industry, Krishnan applauds all Malaysia’s filmmakers for their contribution and work.

“However, in my opinion, Malaysia’s film industry needs more support. We need acting schools such as in the US or South Korea which have schools to train newcomers.

“If we can do that, we can challenge other countries in the film business,” he said.