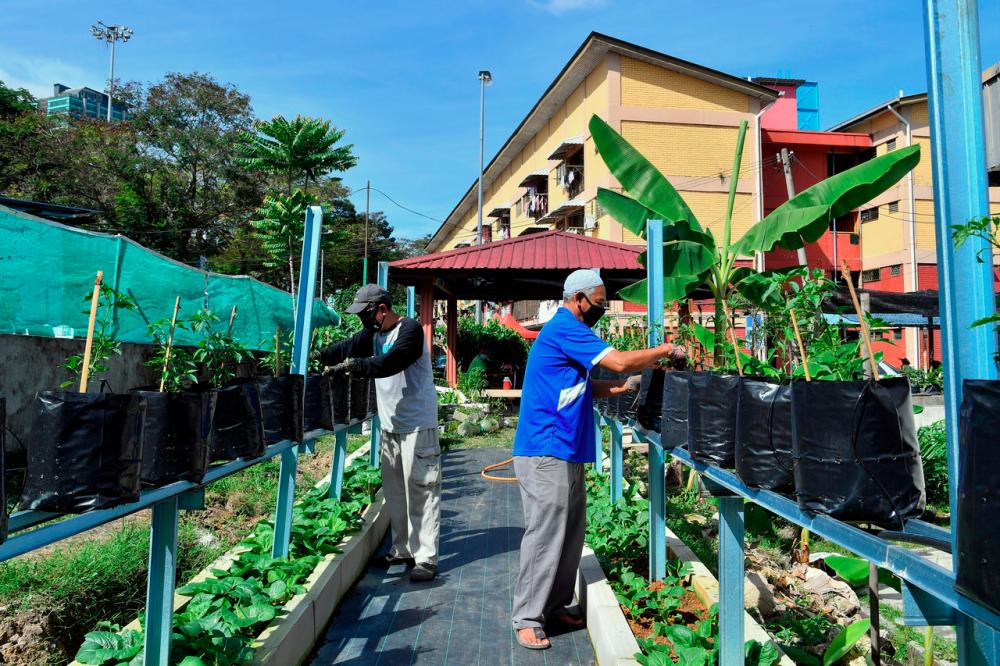 PETALING JAYA: Farming stakeholders in the country have welcomed the government’s idea to develop an urban farm and improve living conditions of the homeless in the city centre, but say the plan must be strategically implemented.

Federal Territories Minister Tan Sri Annuar Musa had on Monday mooted the plan to offer employment opportunities to the homeless so that they can generate income.

The project is to be carried out at Jalan C.Y. Choy in Kuala Lumpur, near a transit centre for the homeless.

Federation of Vegetable Sellers Association Malaysia president Cheong Tek Keong said the first step to executing the plan is to get the homeless interested in farming.

“It is an excellent idea, but not an easy one to execute. First, the government needs to ensure the homeless are interested in urban farming.

“It has great potential, with money to be made, but Malaysians generally do not like to engage in this sector. Only some pursue it as a hobby,” he told theSun.

Cheong said if the government has already secured the plot of land and provides the infrastructure such as irrigation, greenhouse and fertiliser, the plan could work.

“City land is expensive, so if it is secured, then we have no objection. We are willing to help them market this project.”

Getting the homeless to learn about farming will be another challenge altogether.

There must be sufficient expertise to guide the homeless on the processes of farming, which could take several months.

“To wait for fruits and vegetables to harvest takes time. The homeless will not have an income for at least three months. The quickest veggies to grow are kale and spinach,” he said.

Cheong said there were substantial market gardeners in the past, but they faded away as more plots of land were cleared for development.

Market gardeners are people who grow fruit and vegetables on small farms and sell them to the public.

But he was excited by the idea, as it could bring down the cost of fruits and vegetables.

“As long as there is land, farming can be done anywhere.

“It would be good for city folk to purchase fresh vegetables and fruits grown in the city itself. But it needs to be a substantial plot of land to accommodate the farmers,” he said.

“Outside the city centre would be best for farming, as it has clean air and the plants will not be exposed to pollution.

“If it is near a river or jungle, even better. I am interested to see how this plan takes off.”

Fugitive businessman close to Venezuela’s Maduro extradited to US

2.It's my brother's right to form a new party: Ismail Sabri

5.Malaysians need to be punctual