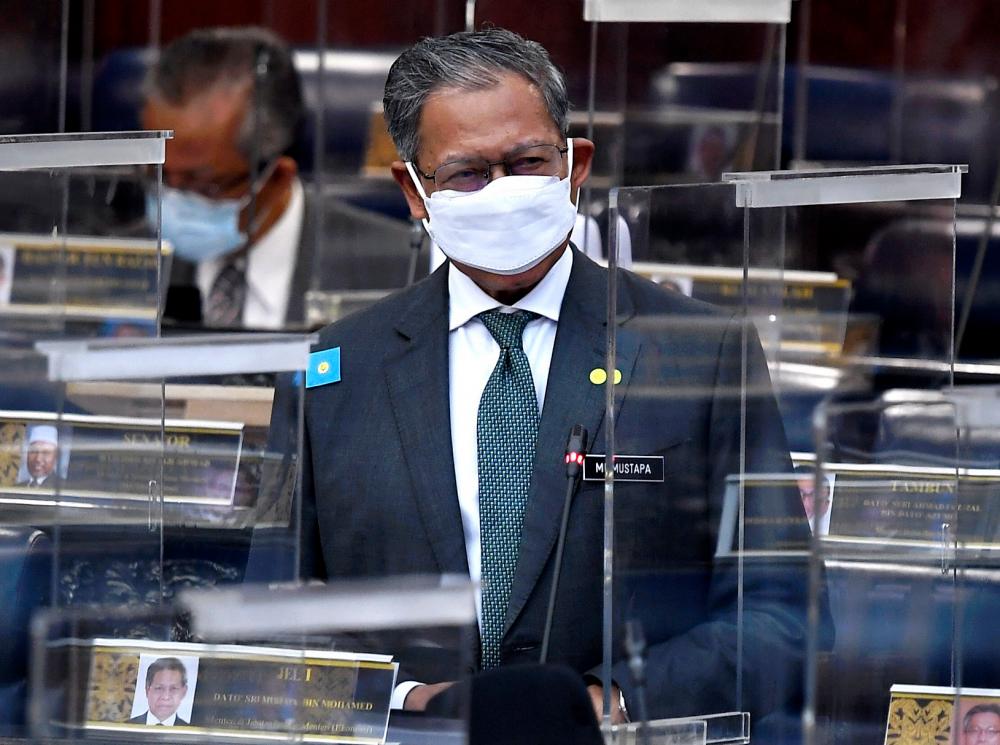 KUALA LUMPUR: The government alone cannot implement the Twelfth Malaysia Plan (12MP), hence, a collective responsibility is the key to its success in the months and years ahead.

Minister in the Prime Minister’ Department (Economy) Datuk Seri Mustapa Mohamed (pix) said it is hoped that the 12MP could be debated via conferences so that it could provide constructive criticism to the government.

He said as the nation rejoiced in the fact that it is coming out of the pandemic, the lockdowns implemented for most of the past two years have come at the cost of the Malaysian economy shrinking by 5.6 per cent in 2020, after registering a growth of 4.4 per cent in 2019.

“As we stand here at the cusp, or the inflection point between the pandemic and post-pandemic world, it is evident that we have our hands full of challenges.

“While we might leave the pandemic itself in the rear mirror soon, the road ahead is not without new challenges.

“But if there is one thing that this pandemic has offered us, is the opportunity to rethink old ways of doing things, and to reform some of our policies.,” he said in his keynote address at the 2021 Isis Praxis Conference: Recovering Malaysia on Thursday.

Mustapa noted that as a small and open economy highly reliant on external trade, Malaysia bores the brunt of the pandemic as total trade dropped by 3.6 per cent in 2020, following a contraction of 2.1 per cent in the preceding year.

As outlined in the 12MP, he said there were eight key challenges that the nation must overcome to become a high-income economy.

“Other things include low share of compensation for employees, limited gains from global value chain participation, disruption of the medium-term fiscal consolidation, and negative impact of economic growth on environment,” he said.

Citing research by Bank Negara Malaysia on labour issue, Mustapa said it has shown that workers in Malaysia were not paid proportionately to their productivity levels and this issue was particularly evident in industries that were labour intensive and heavily dependent on low-skilled workers.

“Here, the main challenge that I would like to highlight is the low share of compensation for employees of 37 per cent. When benchmarked against other countries, Malaysia’s labour share of income still lags behind some advanced countries such as Singapore, South Korea and Australia.

“As firms transition towards high value-added industries, we want to see productivity levels boosted further, and for workers to receive their fair share of compensation,” he said.

Mustapa said Malaysia must make the transition from labour-intensive industries towards higher-quality industries and to do this, Malaysia must be positioned as a stronger investment hub in the region.-Bernama