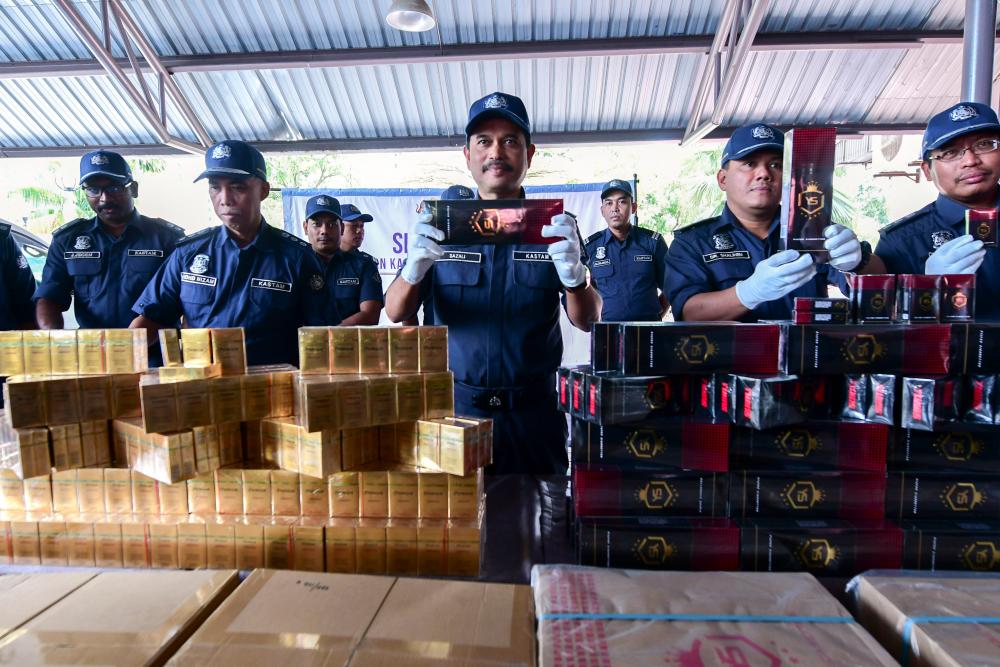 JOHOR BAHRU: The Johor Royal Malaysian Customs Department (JKDM) seized cigarettes worth RM10 million from a container and believed to have been smuggled from China, at the Port of Tanjung Pelepas (PTP) Customs Inspection Bay, Gelang Patah in Iskandar Puteri, last Sept 22.

Its director, Sazali Mohamad said the container was seized by the Gelang Patah Customs Enforcement Division at 11.20 am after a scan revealed a suspicious-looking image that was not the same as the one declared in the manifest (cargo list).

“Our inspection, however, found 9.18 million sticks of imported cigarettes believed to be from China and that were not taxed. Its final destination as declared in the manifest is Kota Kinabalu Port, Sabah before transiting at PTP,” he said at a press conference, here, today.

He also said that the contraband was worth RM3.67 million but the total value was RM10 million which included tax.

Sazali said the syndicate’s modus operandi was to make a false declaration in the manifesto and PTP as the unloading location before being sent to another place to deceive the authorities.

He said the two, aged 36 and 41, were in separate Toyota Alphard vehicles and trailed by an enforcement team from the entry point at Sultan Abu Bakar Complex (KSAB), Gelang Patah.

“Upon inspection, the vehicles were found carrying 69 new tyres of various brands and sizes, believed to be imported and had not been taxed,” he said, adding that the two individuals were detained for further investigation under the Customs Act 1967.

Sazali said they also confiscated various undeclared items including 2,335 pieces of laminated sheets estimated to be worth RM89,000 after confiscating an eight-tonne lorry at Austin Perdana road, last Sept 12. - Bernama