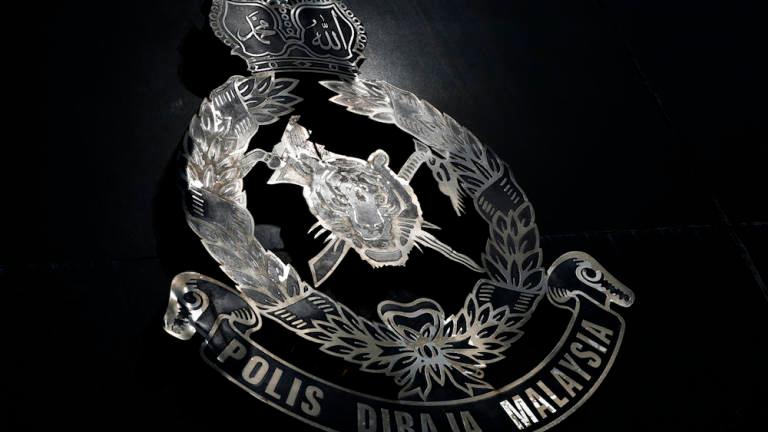 SHAH ALAM: Police have busted two drug trafficking syndicates and seized over RM14 million worth of drugs after conducting several raids around the Klang Valley this week.

Selangor Police chief Datuk Arjunaidi Mohamed said police seized 934.41 kilogrammes (kg) of heroin, 70 kg of syabu and 56.24 kg of heroin base, and arrested eight locals belonging to both syndicates, aged between 24 and 45, in the raids.

He explained that police arrested a man and seized an estimated 10.3 kg of syabu and 6.3kg of heroin from his car in a condominium in Bandar Kinrara.

“Upon searching the suspect’s home, police also seized 27 packets of syabu (estimated at 29.2 kg) and 129 plastic bags containing an estimated 84.51 kg of heroin.

“In the second raid on a terrace house in Bandar Kinrara, 524 pills believed to be ecstasy, 1.45 grams of suspected cannabis and 2.32 grams of syabu were also seized along with RM1.08 million in cash, believed to be proceeds from the sale and trafficking of drugs. Another suspect was also arrested,” he said in an online media conference today.

Arjunaidi said following the two arrests, four other suspects were then nabbed around Subang Jaya and Brickfields, Kuala Lumpur on the same day, adding that the total drugs seized were worth RM3.24 million.

Meanwhile, on Tuesday, police moved in on the second syndicate and arrested two local men, aged 25 and 41, at Seri Kembangan and seized syabu and heroin base worth RM11.09 million.

Police seized 148 blocks of heroin base (56.24 kg) and 78 packs of syabu (79.54 kg) as well as packing equipment at one of the suspect’s houses after arresting them by the roadside in the area.

“The second raid led to the arrest of another man in a condominium in the area, with 50 packs of syabu (51 kg) seized from the suspect’s car boot,” he said.

Arjunaidi said the suspects for both cases had been remanded for two to seven days from Tuesday and the cases would be investigated under Section 39B of the Dangerous Drugs Act 1952.

Meanwhile in Bukit Mertajam, police arrested a 21-year-old man and seized syabu and heroin worth RM3.5 million along with a pistol and ammunition in two raids in Kepala Batas and Bukit Minyak on May 19.

Penang Police chief Datuk Sahabudin Abd Manan said the arrest of the man, who they believe is the mastermind of the syndicate, led to a raid on a shophouse in Bukit Minyak that the syndicate used to stash its drugs.

“Police seized syabu (97.14 kg), heroin (190 g), chemicals (acetic acid, denatured alcohol and hydrocloric acid) as well as equipment and a packaging machine during the raid. We also found a pistol with two magazines filled with 15 bullets,” he said in a statement today.

He said investigations revealed that the syndicate had been active since January and the drugs were worth RM3.5 million, adding that the man had been remanded for seven days to facilitate investigations under Section 39B of the Dangerous Drugs Act 1952 and Section 8 of the Firearms Act 1971.

In a separate development, he said police crippled another drug trafficking syndicate following the arrest of three men, aged 24 to 26, and the seizure of RM310,000 worth of drugs in two raids in Mak Mandin and Butterworth on May 19.

He said police then arrested two other men in Butterworth believed to be syndicate members and investigations revealed that all three had been involved in drug trafficking activities since early this year.

Police also seized a Yamaha LC 135 motorcycle and jewellery worth a total of RM18,515. The three suspects have been remanded for six days and will be investigated under Section 39B of the Dangerous Drugs Act 1952, he added. — Bernama