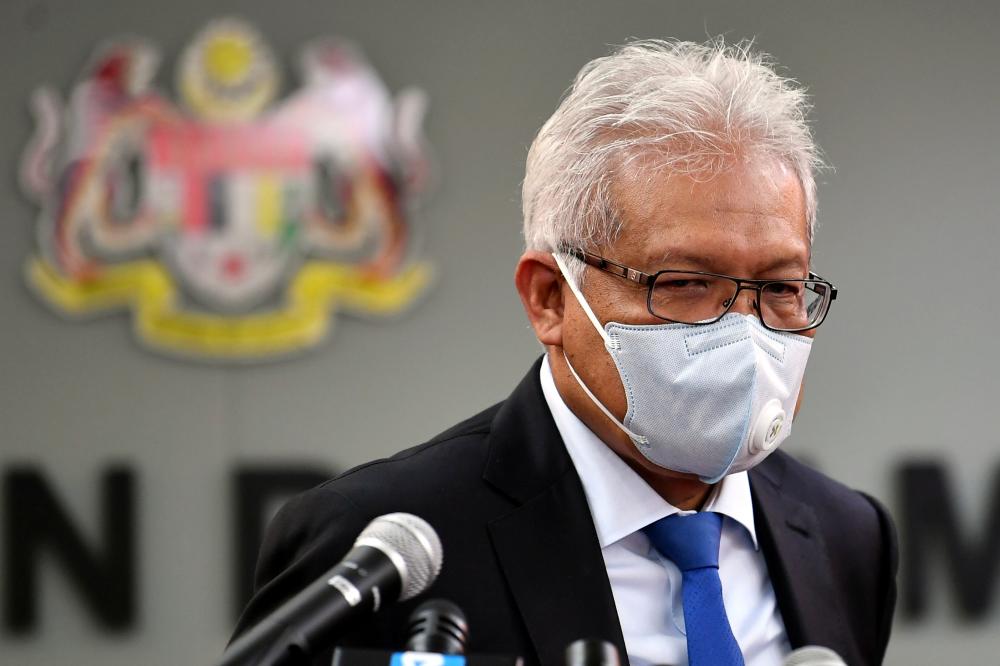 KUALA LUMPUR: The president of a Sabah-based party and another individual have been arrested for alleged involvement with a syndicate issuing data cards to people without citizenship, said Home Minister Datuk Seri Hamzah Zainudin.

He said the two suspects were arrested on June 22 in Subang Jaya near here.

He said they were believed to have convinced the victims that the data cards would allow them to enjoy privileges and facilities granted to citizens.

Speaking at a press conference in Bukit Aman here today, Hamzah said he tipped off Inspector-General of Police Tan Sri Acryl Sani Abdullah Sani after being alerted to the scam by a foreigner.

He said police then formed a special unit to track down the syndicate, leading to the arrest of the suspects.

“The two individuals also deceived their victims by promising them that blue identity cards similar to that for citizens would be issued to them once related transactions are completed,” he said.

Hamzah said the man had set up the political party in 2017.

He said investigations showed that some 400 individuals without citizenship had paid between RM500 and RM1,000 each to the syndicate to get hold of the cards.

The syndicate initially targeted individuals without citizenship in Sabah, before extending its activities to the peninsula.

Hamzah advised the people not to believe anyone offering such services as the government had never appointed any companies or individuals to issue such documents.

“Only the National Registration Department is authorised to issue identity cards recognised by the government,” he said.

He said the Home Ministry and related agencies would launch big-scale operations to round up illegal immigrants after the Recalibration Programme for Repatriating Migrants ends at midnight tonight.

The programme, launched in November 2020, would not be extended and employers are reminded that action can be taken against them for hiring undocumented migrants, he added. — Bernama