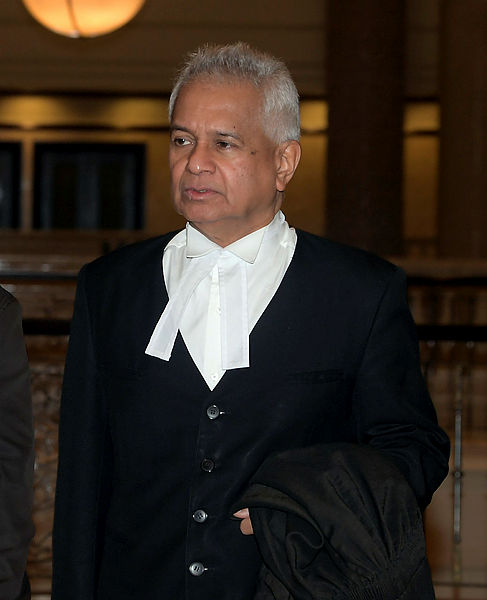 SHAH ALAM: The Coroner’s Court conducting the inquest into the death of firefighter Muhammad Adib Mohd Kassim was today told that Attorney-General (AG) Tommy Thomas (pix) said the committal application filed by the family against him for contempt in the inquest proceedings was incomplete.

Senior Federal Counsel S. Narkunavathy told the court this was because the allegations of the victim’s family that Tommy’s affidavit allegedly interfered with the inquest and amounted to contempt of court were not given in detail.

“The applicant (Muhammad Adib’s family) did not tell the court how the affidavit of the Attorney-General who claimed the death was not due to being beaten, disrupted the inquest.

“They should provide detailed information on their stance on the AG’s affidavit,“ she said before Coroner Rofiah Mohamad.

Earlier, lawyer Hanif Katri Abdulla, representing Muhammad Adib’s family, said that the AG’s affidavit on April 3 stating that Muhammad Adib’s death was not the result of injuries caused by being assaulted, clearly interfered with the inquest proceedings.

He said as the Attorney-General, Tommy could not make a decision on the cause of Muhammad Adib’s death.

“This is the basis and the court must refer to the statement made personally by Tommy,“ he said.

Rofiah set Aug 27 for decision whether or not to initiate committal proceedings against the AG.

On July 16, Mohd Kassim Abdul Hamid, the father of Muhammad Adib, a firefighter who died in a riot at the Sri Maha Mariamman Temple, Subang Jaya, last year, filed an application for a committal order against Attorney-General, Tommy Thomas for contempt of court involving the inquest to find the cause of his son’s death.

The ex-parte application was made through Messrs Mohd Zubir Embong & Associates at the Coroner’s Court Registry Office. — Bernama