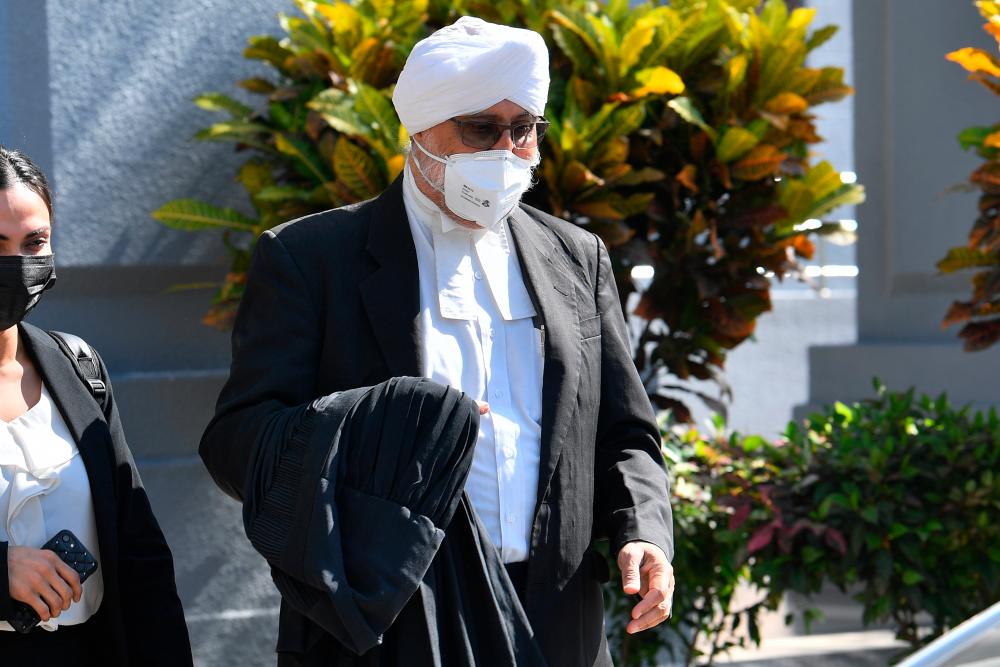 KUALA LUMPUR: The High Court here today allowed Datin Seri Rosmah Mansor’s application for the temporary return of her passport to enable her to go to Singapore to visit her eldest daughter who is expected to give birth to her second child in two weeks.

Judge Mohamed Zaini Mazlan, in allowing Rosmah’s application, said the passport would be returned to her today and must be returned back to the court before or on Dec 6, 2021.

“The applicant is only allowed to go to Singapore from Oct 22 and must return to Malaysia before or on Nov 21,“ he said.

He also ordered Rosmah, who is the wife of former Prime Minister Datuk Seri Najib Tun Razak, to return to Malaysia before or on Nov 21 for her to be able to keep her trial date which had been set on Dec 8, as she would be required to undergo quarantine for 14 days upon her return from Singapore.

Rosmah, 69, is currently defending herself on corruption charges involving a hybrid solar project worth RM1.25 billion for 369 rural schools in Sarawak.

Earlier, Rosmah’s lawyer, Datuk Jagjit Singh (pix), told the court that his client’s daughter, Nooryana Najwa Mohd Najib, 33, was now eight-month pregnant with her second child and due to give birth in Singapore.

“Rosmah’s daughter has a history of high-risk complications during childbirth that can affect her health and life, so we are applying for the applicant’s passport to be temporarily released, ”said the lawyer.

Deputy public prosecutor Mohamad Mustaffa P Kunyalam did not object to the application, but said the defence must adhere to the time given so that it will not affect the trial dates.

Rosmah is facing one charge of soliciting RM187.5 million in bribes and two charges of receiving RM6.5 million grafts from managing director of Jepak Holdings Sdn Bhd, Saidi Abang Samsudin through her former aide Datuk Rizal Mansor as a gratification to assist Jepak Holdings in securing the Integrated Hybrid Solar Photovoltaic System Project as well as Genset/Diesel Maintenance and Operation for 369 rural schools in Sarawak worth RM1.25 billion through direct negotiations from the Ministry of Education.

The trial before Judge Mohamed Zaini Mazlan would continue on Oct 21.

Meanwhile, Najib, through his lawyer Rahmat Hazlan has also filed for a similar application today and the matter would be heard at the Court of Appeal in Putrajaya this Monday.- Bernama

5.Holiday Cultural Festival at Jaya One