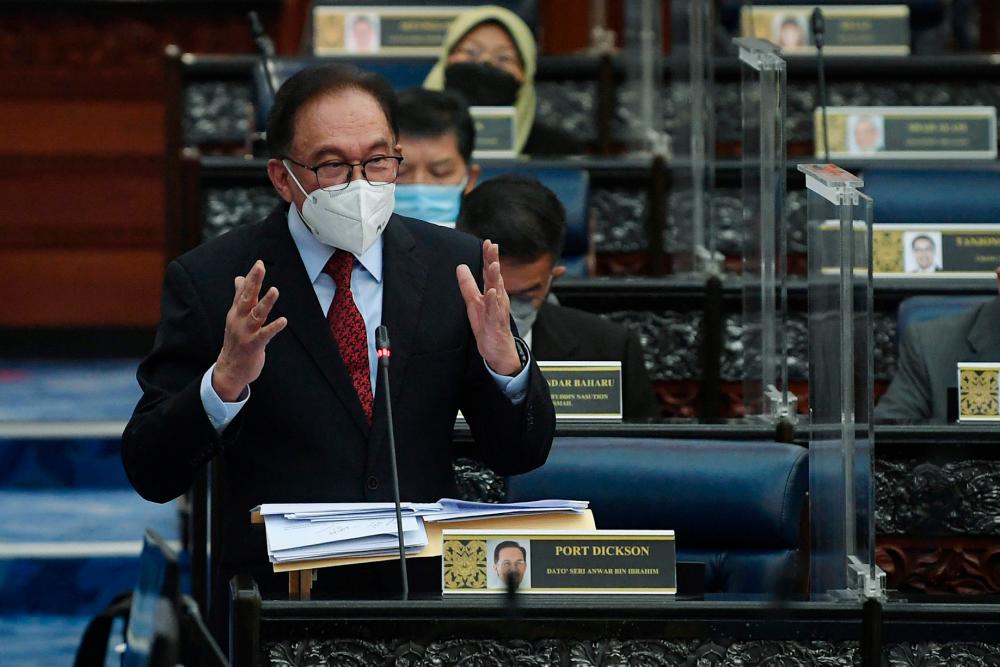 A three-member panel chaired by Datuk Has Zanah Mehat deferred the judgment on the appeal by the Opposition Leader after hearing submissions from Anwar’s lawyers Ramkarpal Singh and Sangeet Kaur Deo and senior federal counsel S. Narkunavathy, who acted for the Attorney-General’s Chambers, in the proceedings conducted virtually through the Zoom application.

“We think that as the submissions are very substantive, we may not be able to decide today on the appeal. The substantive issue was also raised in the other two appeals from Hassan Abdul Karim (Pasir Gudang MP) and Datuk Seri Salahuddin Ayub (Pulai MP) where we were supposed to give our decision on the Sept 30.

“But looking at this (Anwar) appeal, I think we need to consider it together with the two other appeals because the background facts are more or less the same. It also involved the issue of the Emergency Ordinance and the advice of the YDPA. So, we will decide the appeal on the same date,“ said Justice Has Zanah, who sat with Justices Datuk Vazeer Alam Mydin Meera and Datuk Ahmad Zaidi Ibrahim.

The court then fixed tomorrow for online case management to set a date for a decision on all three appeals.

Then High Court judge Datuk Seri Mariana Yahya (now Court of Appeal judge) had dismissed Anwar’s application on the grounds that the court had no jurisdiction to hear the judicial review based on Articles 150 (6) and 150 (8) of the Federal Constitution.

Justice Mariana ruled that the advice of the Cabinet and Muhyiddin to Al-Sultan Abdullah to promulgate the Emergency Ordinance was not amenable to judicial review.

Anwar, who is also Port Dickson Member of Parliament, filed the application seeking leave to initiate a judicial review on Jan 25 this year, naming Muhyiddin and the government as respondents in his application.

Anwar sought, among others, a court declaration that the decision by the Cabinet, led by Muhyiddin, to advise Al-Sultan Abdullah to promulgate Section 14 of the Emergency (Essential Powers) Ordinance 2021, which had resulted in the suspension of Parliament, is unconstitutional, unlawful, has no effect and is ultra vires.

Earlier, Ramkarpal submitted that the previous Perikatan Nasional-led government could rely on the existing Movement Control Order (MCO) to combat the COVID-19 pandemic.

“MCO and the Prevention and Control of Infectious Disease Act 1988 are enough to control the pandemic instead of advising the YDPA to proclaim an emergency.

“The decision made by Muhyiddin and his Cabinet to advise the YDPA was unreasonable and irrational,“ the lawyer said.

Narkunavathy countered that looking at the Hansard on the tabling of the Bill for the amendment of Article 150 (6) and (8) of the Federal Constitution dated April 9, 1981, it was clear that the intention of Parliament was to exclude judicial review of the decision in proclaiming emergency and the Ordinance made under the emergency law.

“The reasons forwarded by the deputy prime minister when tabling the Bill was to avoid important information from being heard in court in a situation where no effective and immediate action is taken. Such information if revealed would likely turn the country into chaos and could result in destruction of property and loss of lives of the innocent.

“Based on Hansard, the intentions of the legislation were clear. The insertion of Article 150 (6) and (8) was meant to shut the doors of the court from any challenge of the law made during the emergency and the proclamation of emergency by YDPA,“ she said.- Bernama