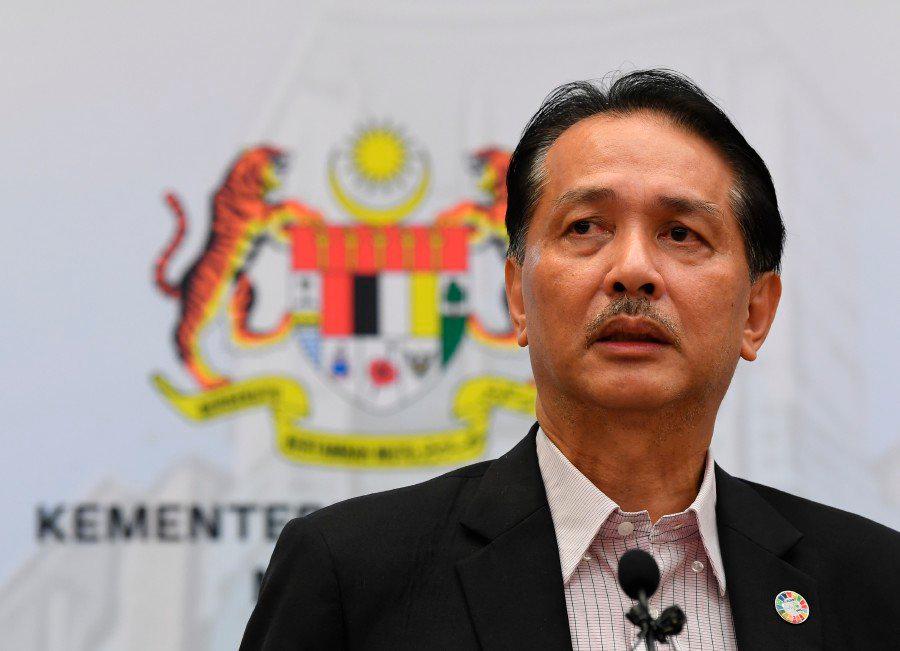 KUALA LUMPUR: Malaysia on Wednesday recorded its highest daily Covid-19 death toll since the pandemic hit the country, with 257 fatalities reported in the last 24 hours.

Health director-general Tan Sri Dr Noor Hisham Abdullah (pix) said in a statement that this took the death toll in the country to 9,855 or 0.83 per cent of the total number of cases.

He said the fatalities involved 226 Malaysians and 31 foreigners, with 236 of them succumbing to the disease in hospital while another 21 were brought-in-dead (BID) cases, thus exceeding the previous record-high death toll of 219 on Aug 2.

A total of 91 fatalities were reported in Selangor; 74 in Kuala Lumpur; 25 in Johor; 24 in Melaka; nine each in Negeri Sembilan and Perak; eight in Kedah; six in Sabah; four in Terengganu; three each in Penang and Kelantan; and one in Pahang.

“This is based on the clinical condition of the current case of newly diagnosed Covid-19. Some cases remain in the same category throughout the period of infection but some change case health status, whether improving to a lower category or deteriorating to a higher category.

“Overall, only 3,592 cases or 18.1 per cent of the total cases reported today have a history of Covid-19 immunisation,“ he said.

Category five are critical cases and in need of respiratory assistance, category four (requiring oxygen support), category three (pneumonia) as well as categories two and one in which patients only display mild symptoms or none at all.

Dr Noor Hisham said 1,069 patients were being treated at the intensive care unit (ICU) with 553 of them requiring ventilators.

Dr Noor Hisham said 35 new clusters were detected today, with 20 linked to the community, 14 involving workplaces and one religious cluster.

Other states had an RT of more than 1.0 except for Negeri Sembilan, Perlis and Labuan, he said. — Bernama