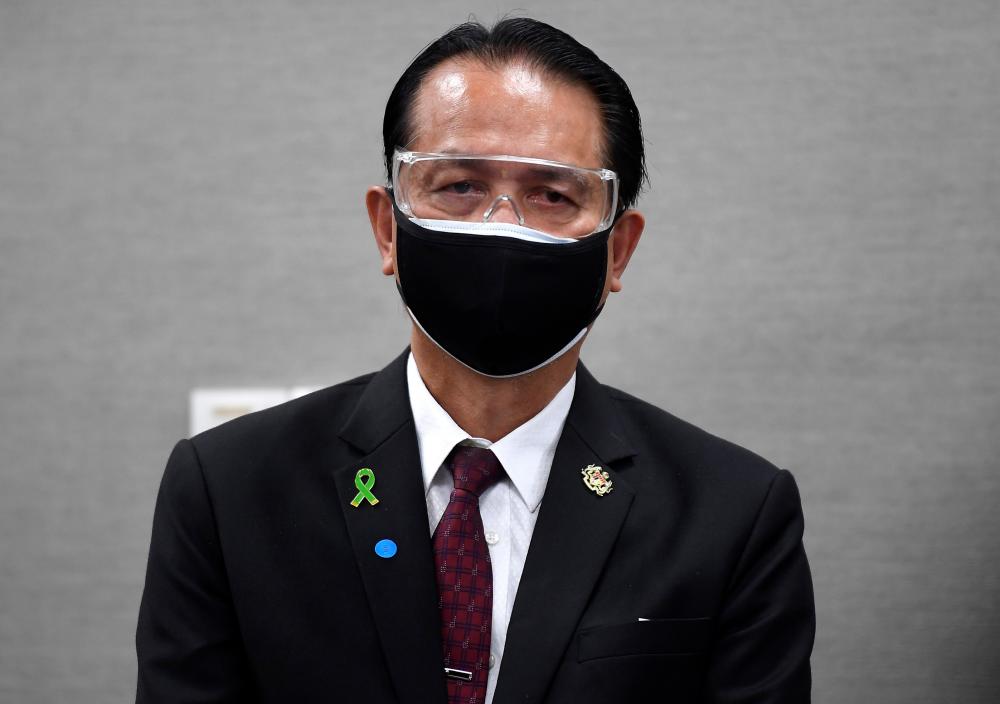 He said 1,165 patients are currently being treated in the intensive care unit, comprising 888 confirmed cases while 277 others were suspected and probable cases.

“A total of 689 cases require respiratory aid involving 401 confirmed cases while 288 more are suspected, probable and cases under investigation,” he said in a statement today.

He said five of the new cases were imported cases while 15,544 cases were local transmissions involving 13,954 Malaysians.

The data on fatalities will be uploaded via Github and COVIDNOW at https://covidnow.moh.gov.my.

In another development, Dr Noor Hisham said 2,507 individuals were screened through the Langkawi tourism bubble pilot project today with one individual tested positive through the RTK-Ag self-testing at the Kuala Lumpur International Airport.

Some 2,326 individuals were screened at the airport entryway while 181 others were at the Kuala Perlis ferry terminal.

Dr Noor Hisham said the individual who tested positive for Covid-19 was in category one and has been issued with the Home Surveillance Order (HSO) to undergo quarantine at home for a period of 10 days.

“A total of 2,468 individuals underwent the RTK-Ag tests and RT-PCR (13). Twenty-six children under six were exempted from taking the test,” he said.- Bernama

JB, Muar hotels register up to 80% increase in occupancy rate

2.At least 34 dead after floods in north India

4.Vital for teachers, staff to get vaccinated