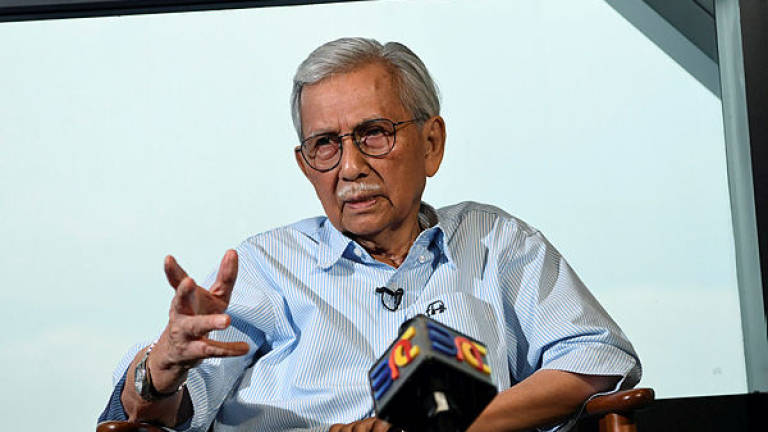 KUALA LUMPUR: The former Council of Eminent Persons (CEP) chairman Tun Daim Zainuddin is leading the negotiations with China to retrieve the RM8.3 billion that was already paid to contractors of the Multi-Product Pipeline (MPP) and Trans-Sabah Gas Pipeline (TSGP) projects.

Finance Minister Lim Guan Eng said the discussions have been going on for the past one year.

“I do not think we can get a better negotiator than Tun Daim. He has the discretion and freedom because even though he is the chief negotiator, he is not part of the government.

“So he is able to manoeuvre as well as have the freedom to make suggestions that can allow both parties to reach amicable and agreeable solutions,” he told Bernama.

Daim, the country’s former finance minister also led renegotiation on the East Coast Rail Link (ECRL) project with the Chinese government on April 12, which saw the government successfully reduce the price of the rail project from RM65.5 billion to RM44 billion, for a whopping savings of RM21.5 billion.

Lim said Daim managed to pull off the ECRL renegotiations without affecting the important bilateral relationship between China and Malaysia, while at the same time able to get Beijing to purchase more palm oil, put in more investments in Malaysia and assume half of the ECRL operating cost.

“This is the best deal we can get,” he said.

Lim said the pipeline projects in Sabah were among many infrastructure projects that have incurred a huge debt load for the government given its dubious nature.

The RM8.3 billion payment to contractors of the project comes up to about 88% of the total contract value despite claiming that only 13% of the projects had been completed.

The RM9.4 billion project was awarded the China Petroleum Pipeline Bureau on Nov 1, 2016.

“When we ask the contractor to show us where they laid the pipe or the preliminary works they have done in Sabah, they refused to take us. When we went on the ground, we could not even find one screw and yet they were already paid RM8.3 billion.

“How can you pay money for no work done? Up until now, they failed to give any explanations,” added Lim. - Bernama