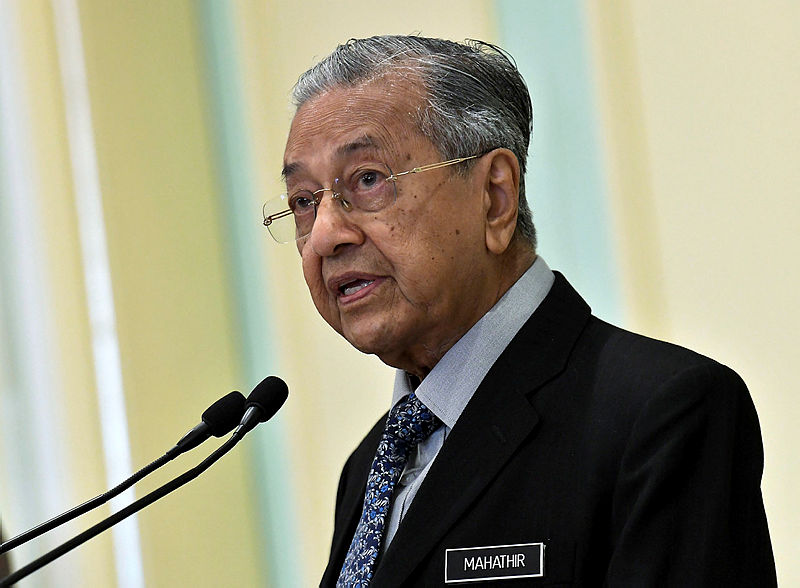 PETALING JAYA: Prime Minister Tun Dr Mahathir Mohamad (pix) today condemned the proposed peace deal between Israel and Palestine that was announced by US President Donald Trump recently, warning that it could result in more conflict in the region.

He said the proposed peace plan, called the “deal of the century”, meant handing over the holy city of Jerusalem on a silver platter to Israel.

“This deal will only bring more conflict to the region, and will antagonise billions of people around the world,” he said in an opening speech at opening the 3rd Conference of The League of Parliamentarians for Al-Quds.

Malaysia had on Jan 31, condemned the proposed peace deal announced by Trump, saying it was one-sided and favoured the Israeli government.

The Prime Minister’s Office said the proposal was unacceptable and unfair to the Palestinians.

Mahathir, a staunch critic of the Jewish state, reiterated the criticism adding that the peace plan “acknowledges only the powerful occupier while completely ignoring the rights of the oppressed”.

The deal, he said, will never result in a sovereign Palestinian state, but will only further the domination of an apartheid-like occupation over millions of Palestinians.

“The last time this happened was when Germany occupied Danzig and Sudetenland,” he said.

Mahathir said it was truly disappointing that after more than seven decades, only one side of the two-state solution has come into form – Israel – while the Palestinian people are still left struggling for justice, peace, and a sovereign state of their own.

“The international efforts at finding a just solution to this issue have remained mostly unsuccessful or unimplemented.”

The two-state solution was a proposal based on the pre-1967 border, also known as “the Green Line”, with East Jerusalem as the capital of Palestine.

The demarcation line was set out in the 1948 Armistice Agreements between the Israeli Army and its neighbours such as Egypt, Jordan, Lebanon and Syria after the 1948 Arab-Israeli War.

In a press conference later, Mahathir said one initiative that can bring Palestinians and their supporters is through the formation of the Palestine’s Caucuses and Committees.

Some of the committee’s role is to document the crimes of the Israeli occupation with the view to present them to The Hague-based International Criminal Court.

“This (the purpose of the caucus) is why we feel there should a proper strategy mounted by the Palestinians and backed by their supporters to win the hearts and minds of the people,“ he said.

“This is a struggle for justice and peace ... settlements are build on Palestinian land. Imagine if we decided a part of Texas belongs to us, build settlements there, and call it part of Malaysia, what do you think the US will do?” he said.

“This is Israeli ... it has learned from the Nazi Germany, not the right lesson but the wrong kind.”

He added the move to find a resolution was “a question of justice, religion has got nothing to do with it”.