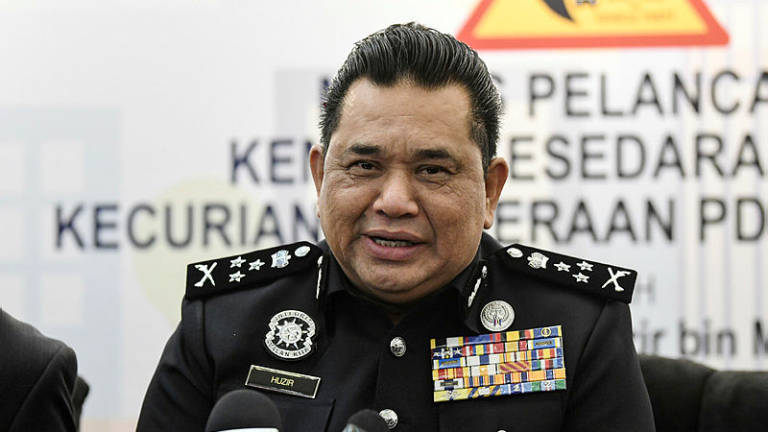 KUALA LUMPUR: Police have concluded their investigation into the display of a defective Jalur Gemilang at the opening ceremony of a basketball tournament at the Malaysian Basketball Association (Maba) stadium on Jalan Hang Jebat here, about two weeks ago.

He said apart from seizing the equipment that was used to project the defective flag, police recorded the statements of five people, namely the complainant, the event organiser, Maba’s executive secretary, a company director and an IT vendor.

The case is classified as causing intentional insults that can cause provocation to break public peace under Section 504 of the Penal Code and sharing of offensive and menacing content under Section 233 of the Communications and Multimedia Act.

The defective national flag was displayed on an electronic board at Maba’s 28th Lum Mun Chak Cup under-15 national tournament, earning criticism from netizens soon after the event.

Looking almost like the Liberian national flag but with a crescent, the incomplete flag had only 10 stripes and a five-point star instead of 14 stripes and a 14-point star

On a separate case involving the singing of the national anthem in Mandarin and Arabic which were caught on several videos, Huzir said the incidents were traced to two schools.

He said the singing of the Negaraku in Mandarin was at the Ma Hwa vernacular school in Seremban last September.

While the Education Ministry is conducting a probe on the case, police have recorded the statements of the headmaster of the school and a district officer of the state education department.

Another incident where the Negaraku was sung in Arabic was traced to the Batu Empat school in Gurun, Kedah. Huzir said police had on Tuesday recorded the statements of the school’s headmaster, a district officer of the education department and an individual who uploaded the video in the social media. He said eight police reports were received over the case.

More than 300,000 individuals to get third dose of Covid-19 vaccine in Terengganu

2.More than 300,000 individuals to get third dose of Covid-19 vaccine in Terengganu