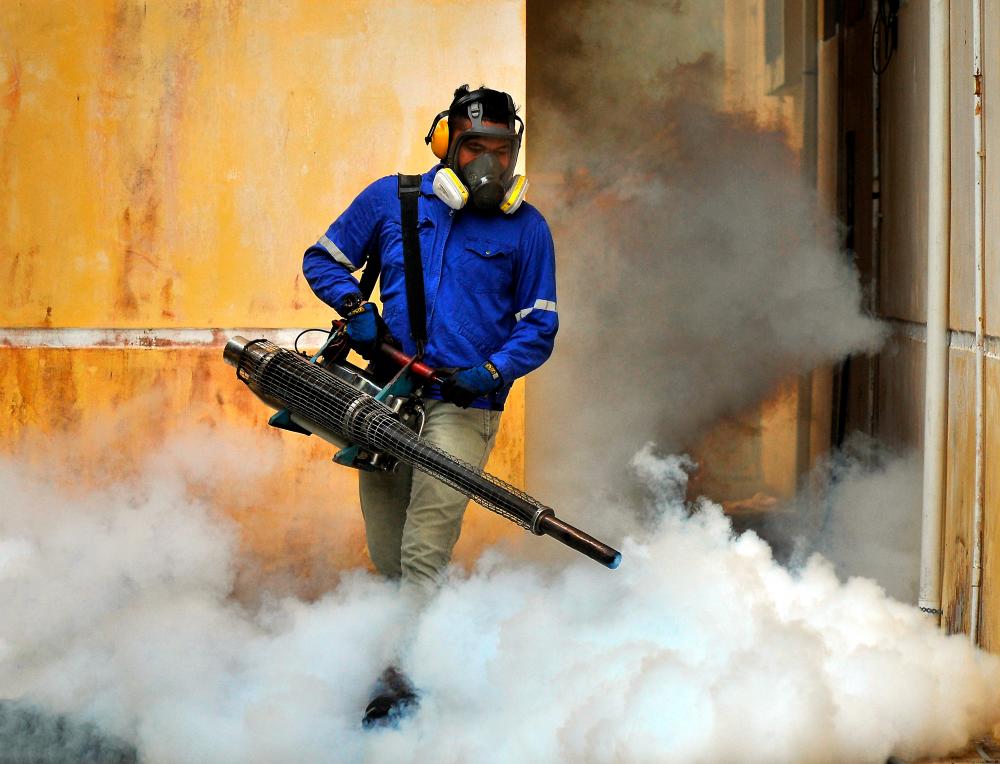 Health director-general Tan Sri Dr Noor Hisham Abdullah, in a statement today, said that there were no deaths due to dengue fever complications reported during the period.

According to Dr Noor Hisham, the cumulative number of deaths due to dengue complications was 37 cases compared to 18 deaths during the same period last year.

He said the number of hotspots reported in ME46/22 also decreased to 61 from 68 in the previous week.

Dr Noor Hisham said of the total, 32 hotspots are in Selangor, Sabah (19), Kuala Lumpur and Putrajaya (eight) and one each in Perak and Sarawak.

“Apart from that, the movement of people from one place to another could potentially spread the dengue virus from asymptomatic carriers to areas visited, thus causing an epidemic in the new area,” he said.

As such, he advised the public to destroy Aedes mosquito breeding grounds, wipe out mosquitoes in the house, avoid being bitten by mosquitoes and use insecticides to kill larvae.

For chikungunya surveillance, he said four cases were recorded in ME46/22, namely two in Penang and one each in Kuala Lumpur and Putrajaya, and Negeri Sembilan, while the cumulative number of chikungunya cases to date is 692 cases. - Bernama