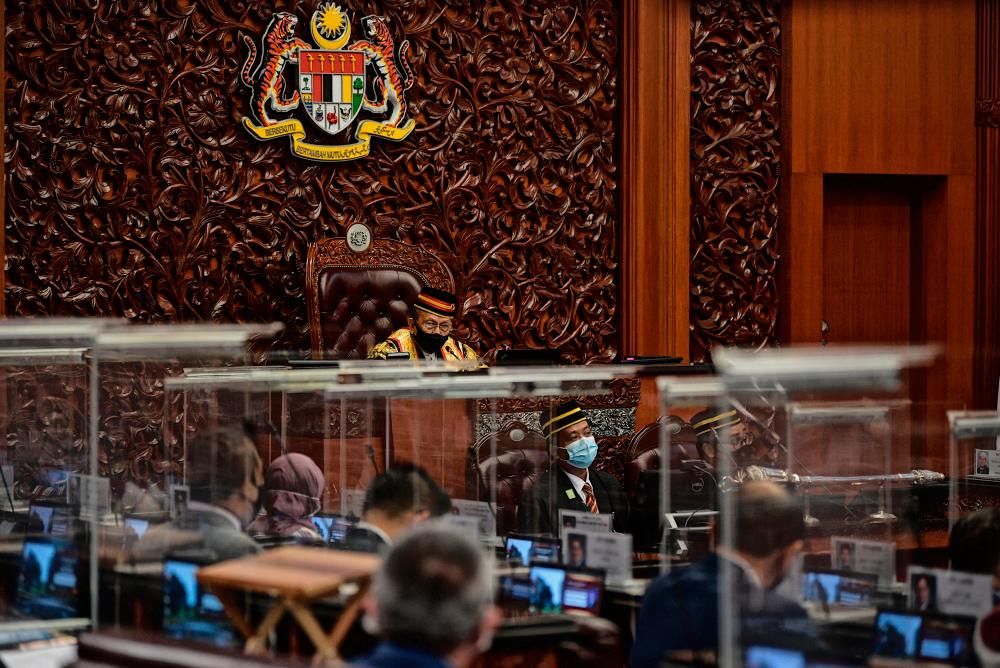 Earlier, 14 senators participated in the debate on the Temporary Measures for Government Financing (Covid-19) (Amendment) Bill 2021, which is aimed at financing four aid and stimulus packages announced by the government early this year.

Mohd Shahar, in his winding-up speech, said the National Recovery Plan (PPN) had produced a positive impact for the country with the economy expanding by 7.1 percent in the first half of this year compared to a contraction of 8.4 percent in the same period in 2020.

“Budget 2022 which we will table on Friday will focus on the three main matters of recovery, resilience and reform.

“We will definitely give emphasis on three key entities - the rakyat, businesses and economy,” he added.

Meanwhile, eight senators debated the KWAN (Amendment) Bill 2021, which is aimed at retaining use of the fund for procuring vaccines and whatever expenditure related to vaccines for any infectious disease epidemics.

Yamani Hafez, when winding up the debate, said the KWAN fund still has a balance of RM15 billion after RM5 billion was used to buy Covid-19 vaccines.

He said efforts to replenish the fund would be made after the country’s economy had regained stability with the cooperation of various parties concerned.

“Our commitment is that the federal and state governments will also be involved in initiatives to replenish the KWAN fund post-economic recovery, and it is very important to strengthen governance of the fund to ensure it can play its role as enshrined in Section 5 of Act 339,“ he said.

The two bills were passed by the Dewan Rakyat on Oct 11 this year.

763 more PR1MA houses to be built in Kuantan next year

3.763 more PR1MA houses to be built in Kuantan next year

4.MAH working with police to reduce crime at hotels in Penang