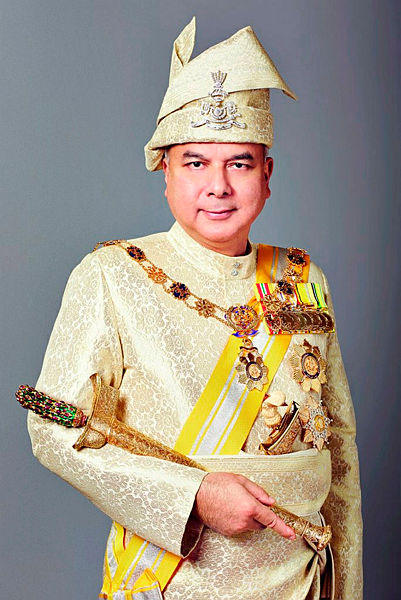 KUALA LUMPUR: In an increasingly divided and conflicted world, the Sultan of Perak Sultan Nazrin Muizzuddin Shah (pix) said people should take note of what Islam and Confucianism teach about respecting differences and genuine acceptance of others.

His Royal Highness underscored that both encouraged people to recognise their likeness to others and to respect – rather than to mistrust and reject – any differences.

Both spiritual traditions, he said, offered to the 21st century a much-needed ethics of bridge-building and of establishing a truly global community where people recognised that they were more similar than different, and that any differences were to be celebrated, not feared.

“Perhaps the single biggest contribution to be made by Islam and Confucianism to ethics in this century lies in their mutual promotion of tolerance, genuine acceptance and community,“ Sultan Nazrin said.

He said this in his royal address at the 2nd Malaysia-China Youth Civilisational Dialogue on Islam and Confucianism held in conjunction with the 45th anniversary of Malaysia-China diplomatic relations, here today.

In the address titled ‘‘The Contributions of Islam and Confucianism to Ethics in the 21st Century’’, Sultan Nazrin drove home the point that in both traditions, there was enshrined an imperative towards understanding and harmony which could undoubtedly support conversations between people and nations that needed to take place today.

Citing the long and peaceful history of trade between the Muslim Malay sultanates and the Confucian Ming dynasty as an example, he said that the two traditions of Islam and Confucianism enjoyed centuries of mutual exchange, collaboration and harmonious dialogue.

“This is in part because, as we have seen, despite their many differences, the two traditions shared some major points of convergence and similarity,“ he said, noting that the single most important thing being their shared belief in showing tolerance and genuine acceptance towards others.

Sultan Nazrin further said that the basis for an ethics of environmental sustainability could also be found in both Islam and Confucianism.

The Perak Ruler underlined that the teachings of both endowed their followers with a grave responsibility to take care of the planet and its creatures.

“Our planet is in urgent need of the ethical approach advocated by both Islam and Confucianism, an approach which reminds us of humankind’s responsibility for and dependence on the Earth. I see this as a vital contribution to be made by the two great spiritual traditions to global ethics in the 21st century,“ he said.

Sultan Nazrin also touched on the potential of Islam and Confucianism to help alleviate global poverty.

He pointed out that a spiritual imperative could be found in both belief systems in terms of sharing wealth, supporting those in need and valuing social good above financial gain.

“In seeking to build a world in which wealth is shared more equitably and where people value giving more than keeping and acquiring, we may look to these spiritual traditions as a source of ethical guidance,“ he added.

The event was organised by the alumni associations of the International Islamic University Malaysia and China’s Peking University. — Bernama