Divided views on impact of US presidential election 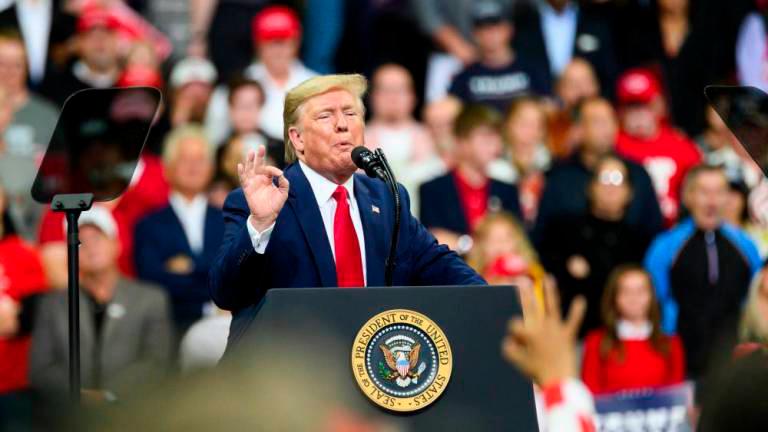 PETALING JAYA: Whatever happens in the United States has a bearing on the rest of the world, including Malaysia ... or so we think.

The truth is, for several analysts theSun spoke to yesterday, whoever wins the US presidential race next week will hardly make a dent on Malaysia, especially now that the country is itself engrossed in a power struggle of its own.

However, one analyst offers a contrarian view. Dr Ngeow Chow Bing, director of the Institute of China Studies at University Malaya, believes the result of the election will have a deep impact on US-Malaysia ties.

“Joe Biden of the Democratic party will seek a multilateral approach, thus giving room through diplomacy and negotiations to avoid outright conflict, unlike incumbent President Donald Trump (pix) of the Republican party,” he said.

“With Biden as president, the US economic engagement with Asean countries will get a boost,” he added.

Ngeow pointed out that with eight years under his belt as vice-president to Barack Obama, Malaysia would feel more comfortable with Biden.

On the other hand, he said Trump “can be quite destabilising for some countries” at the international level.

In this scenario, he said Malaysia will be less likely to be affected by it.

“We are doing fine at the bilateral level but Trump, with his protectionist and unilateralist attitude, may target our export sector, much like what he has done to China,” Ngeow said.

He believes that with Biden as president, ties between Washington and Beijing will see an improvement because there will be more room for understanding of the need for an economic revival after the Covid-19 pandemic.

“That will be to Malaysia’s benefit,” he added.

However, James Chin, professor of Asian studies at the University of Tasmania in Australia, believes Malaysians do not really care what happens in the United States.

“Our focus is solely on the power struggle in the government and the Covid-19 pandemic that has affected the livelihood of so many Malaysians,” he said.

“Whoever gets into the White House will not pose a significant difference on Malaysia,” he said.

While she agrees that US policy towards other countries is unlikely to change, she believes that with Biden as president, the horizon for trade opportunities will likely be widened.

“Biden will also display a friendlier image compared with Trump. I think Trump is a racist,” she added. The party of the year! Construction of phase 2 of SSLR, LTB to begin next year: PM The party of the year!

Construction of phase 2 of SSLR, LTB to begin next year: PM

1.The party of the year!