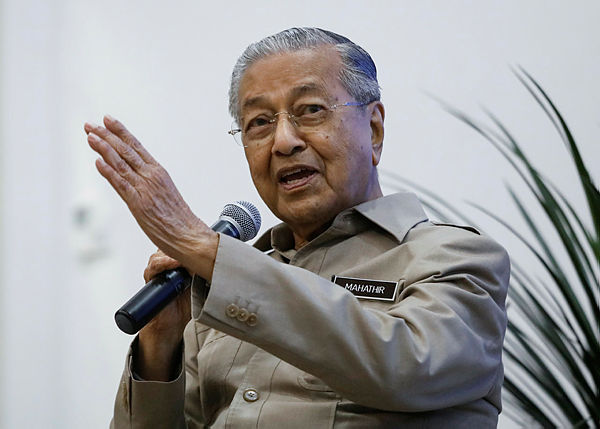 “They want to cancel, let them cancel. I find that the world has to follow what Israel says. I don’t understand because the world has the power but still has to listen to Israel ... but we won’t,” he said when asked if he was disappointed with IPC’s decision.

IPC made the decision at its Governing Board meeting in London yesterday after the Malaysian Home Ministry failed to provide the necessary guarantees that Israeli para swimmers could participate in the championships safely and free from discriminations.

The meet was scheduled to be held in Kuching, Sarawak from July 29 to Aug 4.

Dr Mahathir, when met after attending the closed-door briefing with leaders of statutory bodies in conjunction with the Federal Statutory Body Executive Management Programme here today, was also asked if the cancellation would affect Malaysia if it wanted to host the Olympics in the future.

Dr Mahathir said: “If we cannot host the Olympics, we will host other events.”

He stressed that Malaysia would never have any ties with Israel due to the cruel acts of the Zionist regime against the Palestinians for a long time.

“We stand by our principles that Israel is a criminal nation and it has been breaking international laws without anybody saying anything.

“So we have the right to voice our feelings and our own policies,” he said, adding that Malaysia’s action was similar to that of the United States and several European nations which did not allow certain foreigners into their countries.

“This is normal, but we have our reasons. These people (Israeli athletes) are not seeking asylum, not in fear, pain or difficulty.

“They come from a country which does not obey internatonal laws and we have to stay with our principles.”

Dr Mahathir was also asked about his decision to allow the Israeli cricket team to play in tournament in Malaysia in 1997, when he was also the Prime Minister.

“We allowed the Israeli schoolchildren to come here (before) to show them that Muslims are not terrorists but normal people, we talk with people. We behave well and do not do anything wrong to them,” he said. — Bernama 2.‘For Lewandowski, Bayern is history’, says his agent

5.Zelensky says 87 killed in May 17 Russian strike on base