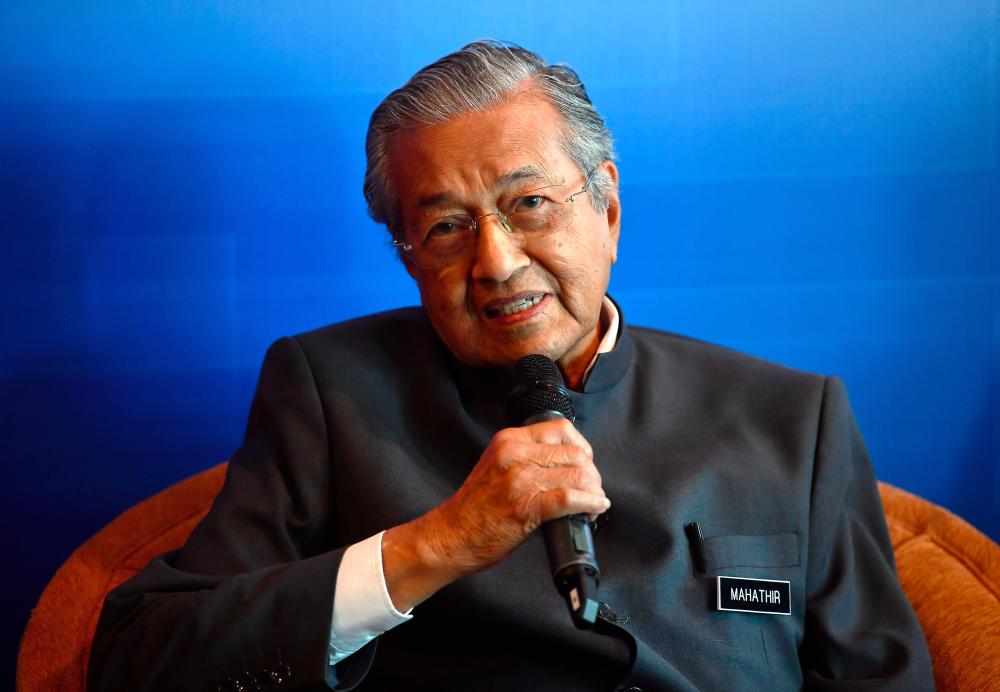 LANGKAWI: Prime Minister Tun Dr Mahathir Mohamad today urged victims of the disaster left behind by the tail-end of Typhoon Lekima to be resilient and appreciate the assistance they are receiving from the government.

He said that even though it (assistance) might not be much, it nevertheless would help alleviate their burden.

“We have faced a disaster where strong winds lashed Langkawi leaving many homes damaged, but Alhamdulillah everyone received assistance.

“Maybe it might not be enough, aid was also forthcoming from the government through elected representatives,” he said at a gathering of Padang Matsirat residents in conjunction with the Aidiladha celebration in Kedawang, here today.

He added that Malaysians were fortunate because compared to some other countries which faced disasters, their peoples did not get assistance. - Bernama

“I remember when Nepal was hit by a terrible earthquake and many people lost their homes ... and maybe because their government couldn’t afford it, that is why Nepal is still in a post-earthquake situation,” he said.

Dr Mahathir said in Malaysia, the people always received relief whenever a disaster struck, no matter how big or small it was.

“Although the help will never be enough, we should feel at least slightly indebted because in other countries, the kind of help that we see here is not available,” he said.

“This is what we chant during Eid celebrations to express our gratitude to Allah,” he said.

The prime minister said people who are always grateful have been promised by Allah with multiple blessings.

Therefore, he reminded that although the relief for those affected by the storm disaster might not be enough, it is still something to be thankful for.

The tail end of Typhoon Lekima ripped through the northern states of Peninsular Malaysia on Friday, claiming one life, damaging thousands of homes and uprooting hundreds of trees. - Bernama