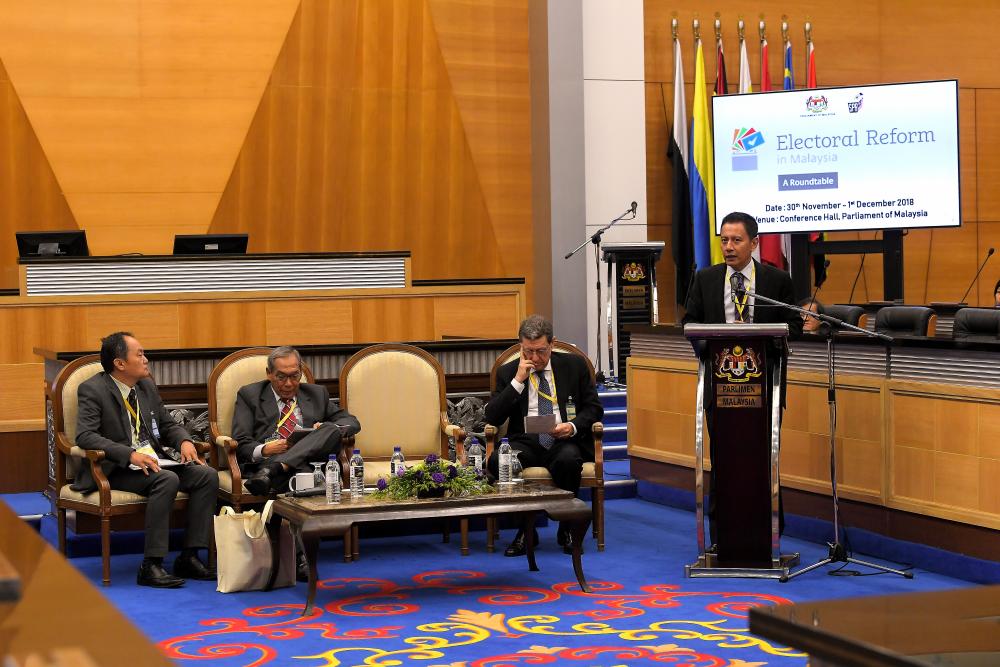 He said a news portal was able to release the results of the general election fast based on form 14 which has not been confirmed.

“Among the initiatives we are considering is when the form 14 has not been confirmed, we will release the data but not as the result, merely as data from form 14 which has not been finalised.

“It (portal) also received the data from the same agent. Why didn’t we do it, we will do it then,” he told reporters after closing the Electoral Reform of Malaysia roundtable conference at Parliament yesterday.

Meanwhile, Azhar said EC was also prepared to reveal the weaknesses of the agency in the recent general election to ensure improvement in the existing system to be implemented before the next general election is held.

He said the process of reformation at EC is divided into four categories.

“Firstly, the reformation which can be carried out now without amending any laws or regulations. We will do that first.

“Secondly, reformation which require amending regulations. Under the law, I am empowered to amend regulations which will not be a problem. For example the matter on nomination day and the need for entry pass (such as the incident) in Rantau,” he said.

He said the third category needed the amendment of laws and would have to be brought to Parliament to be passed with a simple majority but it has to be carried out while drafting or amending the law.

The fourth category is the most difficult as it requires amending the constitution and it needs to have 2/3 majority of Parliamentary members and will take a long time, he added. — Bernama