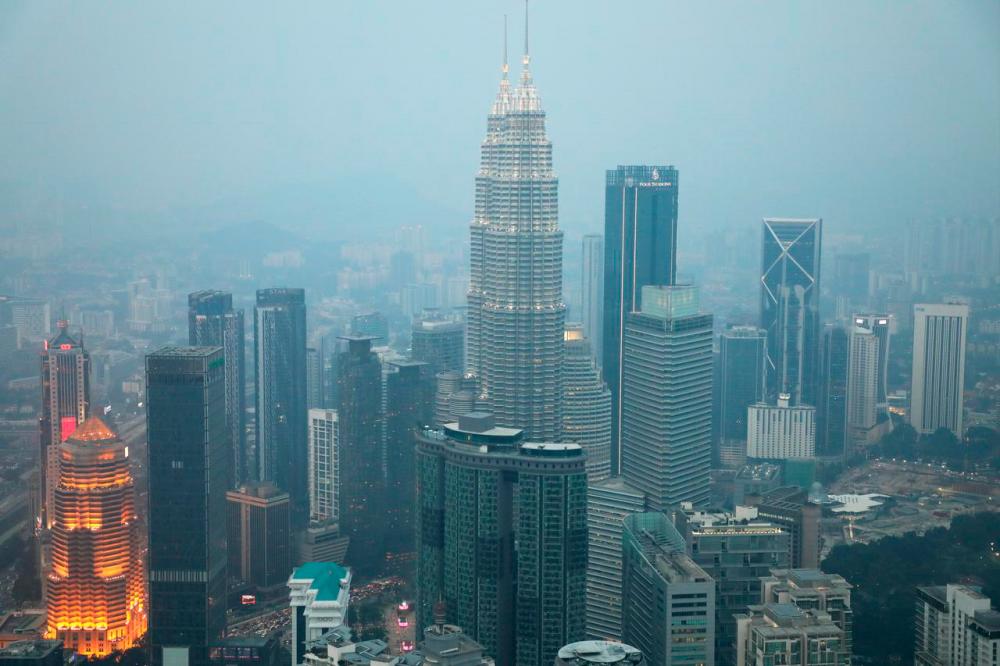 PETALING JAYA: The 17.1% contraction in the Malaysian economy would have sent chills down the spine of many, but the good news is that the worst is over.

Two economists theSun spoke to yesterday agreed that the contraction was not unexpected given the massive slowdown in business activities and even work stoppage in most economic sectors.

Added to that was the huge amount of money that had to be pumped into the economy to keep businesses going so more jobs could be saved.

This second quarter gross domestic product (GDP) decline is the worst the country has seen in more than two decades, but it was not an indication of poor economic performance.

The economists stressed that it was a direct result of the implementation of the movement control order (MCO) from March to June, a move they say was necessary at the time.

They also agree that the economy would rebound aggressively in the next two quarters and the GDP may even post positive growth by the end of the year.

KSI Strategic Institute for Asia Pacific economics adviser Prof Dr Hoo Ke Ping said with the country being past the lockdown period, and having gone through its worst Covid-19 phase, there was “no way but up” for the economy now.

He said this is unlike many other countries that did not implement a lockdown when first hit by Covid-19 and are only now looking to impose strict restrictions after a surge in cases.

“The only reason our GDP recorded such a huge contraction is because we implemented the MCO when many other countries didn’t. Naturally, the economy will shrink.

“And don’t forget that we went through a very serious political crisis immediately before the lockdown. So all things considered, I would say we are doing well, better than expected in fact.

“If anything, I would have predicted our GDP to have shrunk by at least 20%,” he said when commenting on Bank Negara Malaysia’s statement on Aug 14 that the country’s economy shrank by 17.1% last quarter, from a year earlier.

However, Hoo said having seen the worst of Covid-19, Malaysia could now look forward to economic recovery while many other countries are still struggling.

“My prediction is that our rebound will be aggressive, and by the fourth quarter, we will see a marginal growth.

“And certainly, our economic performance will be better than many other countries in the Asian region come the end of the year. They performed well when we implemented MCO, and now it will be the other way round,” he said.

“At the time, Prime Minister Tan Sri Muhyiddin Yassin made a conscious decision when there was a choice between keeping the economy open or saving lives. He chose the latter.

“Lives cannot be valued in dollars and cents. As a result, we saw our economy shrink. But if we analyse our GDP growth month-by-month, our worst contraction was in April, and it has improved since,” he said.

Barjoyai pointed out that in April, the contraction was at 19%, before dropping to 16% in June, and later to below 7% as of July.

He said the country could expect to see 0% contraction by September, before finally recording positive growth by November.

“We will be seeing some positive growth by the fourth quarter at least,” he added. 1.Farming under fire on the frontlines in eastern Ukraine