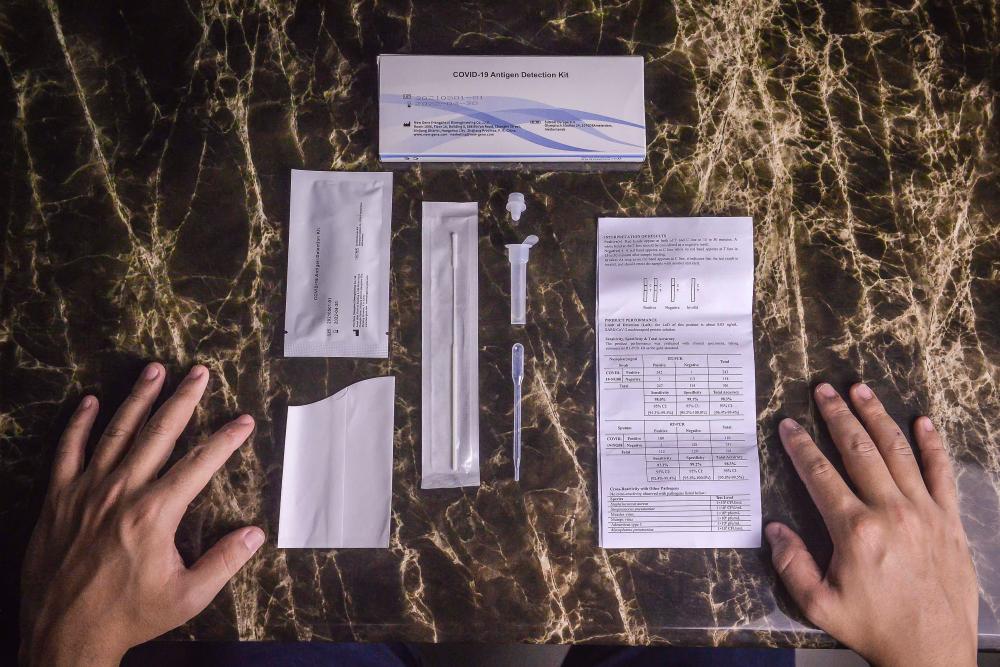 MELAKA: Melaka State Health Department director Dr Rusdi Abd Rahman has advised outstation voters who will be returning to the state to fulfill their responsibility on Nov 20, to ensure they were fully vaccinated, and to perform a Covid-19 self-test if they were suffering from any symptoms.

He said even though an individual may reserve the right not to be vaccinated, the risk posed to other family members should also be considered.

“If we look at it in terms of the Standard Operating Procedures (SOP) under the National Recovery Plan (PPN), only those who are fully vaccinated can travel interstate, but as there are no roadblocks, they may be able to slip through,” he said while being interviewed on the #BICARAKHAS programme aired on RTM last night.

He said for self-testing, individuals could purchase approved test kits available in the market, and if found positive, they should cancel the plan to return home and follow the measures outlined by the Health Ministry (MOH) including self-quarantine at home.

Meanwhile, commenting on the compounds issued against those who organised election campaigns involving political parties, even though they were carried out at restaurants, Dr Rusdi said the method was feared to pose a very high risk of infection.

“If there is a food stall, where many people eat, of course, they will open their masks because they want to eat, then they will have a chat in close proximity, whisper, or maybe talk about the party.

“They also sat (there) for a long time, many people came to take pictures with their leaders, sat in close proxmity, and I feel this kind of campaigning should be avoided,“ he said.

Dr Rusdi also advised for campaigning in the final two days before the polls to be conducted in a safer method, either online or by using a vehicle to make mobile announcements.

He said although he understood the complaints from the candidates and the party machinery regarding the strict SOP, he appealed to all parties not to violate the SOP and follow the guidelines provided.

Meanwhile, he said the SOP outlined had taken into account the situation before, during and after the voting process to ensure no new clusters emerged, and all parties involved had been briefed about it during a recent forum.

“Although there is a difference in the polls this time (in Melaka) compared to the one in Sabah last year, as now people have been vaccinated, there is no reason for anyone to be relaxed about the rules.

All those involved, he said, should maintain compliance with the 3Cs, namely to stay away from crowded places, avoid confined spaces and avoid close-range conversations during the polls.

Dr Rusdi said Melaka recorded 135 new cases yesterday, compared to 116 on Tuesday (Nov 16), with 1,465 active cases, making it the third-highest incidence rate in Malaysia, as its population is small.

He added that the bed utilisation rate at the Intensive Care Unit (ICU) was at 67.4 percent while the infectivity rate or Rt value was at 0.95, compared to the national Rt value of 1.04. — Bernama