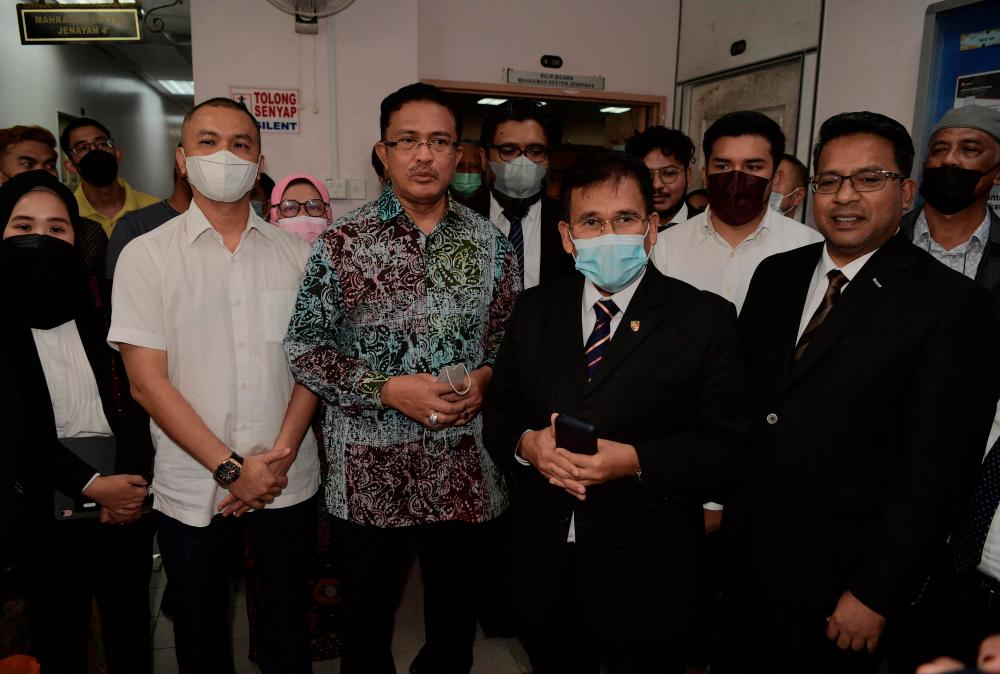 Judge Kamaruddin Kamsun made the decision after finding that the prosecution had failed to prove a prima facie case against the three of them.

They were charged on June 14, 2017 and on April 21, 2019, the court acquitted and discharged the three of them of all the charges after finding the prosecution having failed to prove a prima facie case.

However, on Nov 7, 2021, the High Court ordered the former State Housing and Local Government Committee chairman and the two to enter their defence on the 37 charges, following a ruling by judge Datuk Abu Bakar Katar that the Sessions Court had erred in its decision.

They were also charged under Section 32 (8) (c) and Section 89 of the Anti-Money Laundering, Anti -Terrorism Financing and Proceeds from Unlawful Activities (AMLA) Act 2001.

Meanwhile, Kamaruddin in his judgment said the court had looked into all the evidence presented during the trial, as well as as heard submissions by both parties, and found that the defence had successfully raised reasonable doubts on the prosecution’s case.

He said the court found that the consultation fee received by Amir Shariffuddin was legally valid and as such, refuted the prosecution’s claim that the money was obtained from unlawful activities.

The defence succeeded in raising reasonable doubts against the prosecution’s case and as such, all the accused are acquitted and discharged of all the charges and the bail to be with returned, said the judge. 3.Foreign worker recruitment interview can be held at state JTK