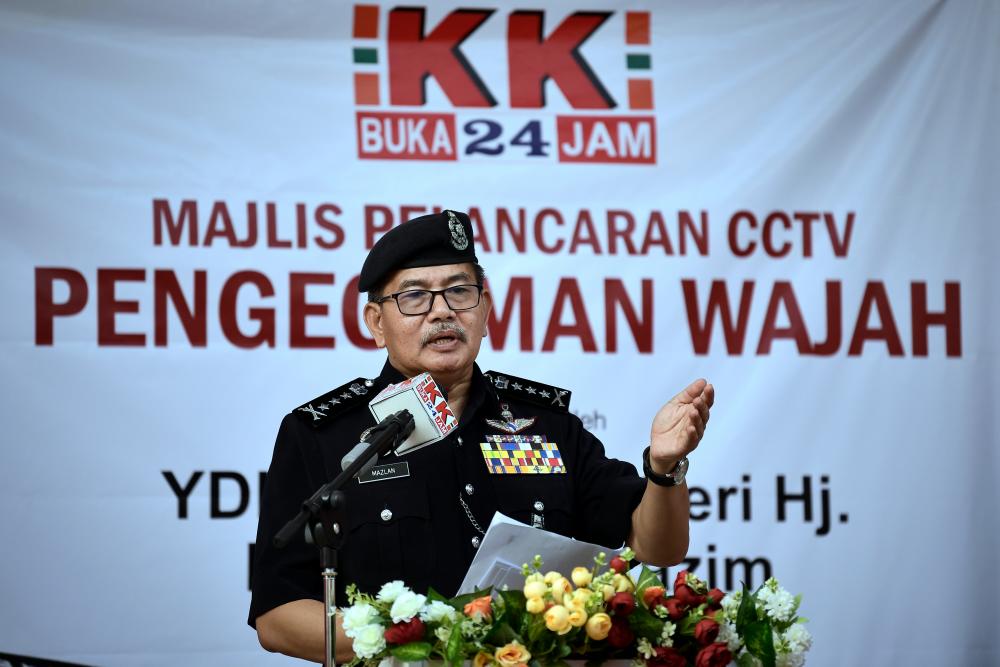 “Criminal activities often occur in convenience stores, especially those that operate 24 hours (before the implementation of the Movement Control Order or MCO) involving robbery and theft.

“The police welcome the installation of face recognition CCTVs in every shop because crime can happen at any time,” he told reporters at the launch of the facial recognition CCTV system at KK Mart, Taman Desa Petaling here, yesterday.

He said the use of facial recognition CCTV system could also help police track down individuals reported missing.

“A missing person can be traced if he enters a convenience store that has this face recognition camera through pictures obtained from family members of the missing individual,” he said.

Meanwhile, Mazlan added that a total of 81 robbery cases involving convenience stores were recorded from January to July last year compared to only 44 cases for the same period this year.

He said the drop in robbery cases this year was likely due to the implementation of the MCO since March.

He said the installation of this type of CCTV cameras at other branches of the business network which has more than 450 branches will be implemented in stages until the end of this year. — Bernama