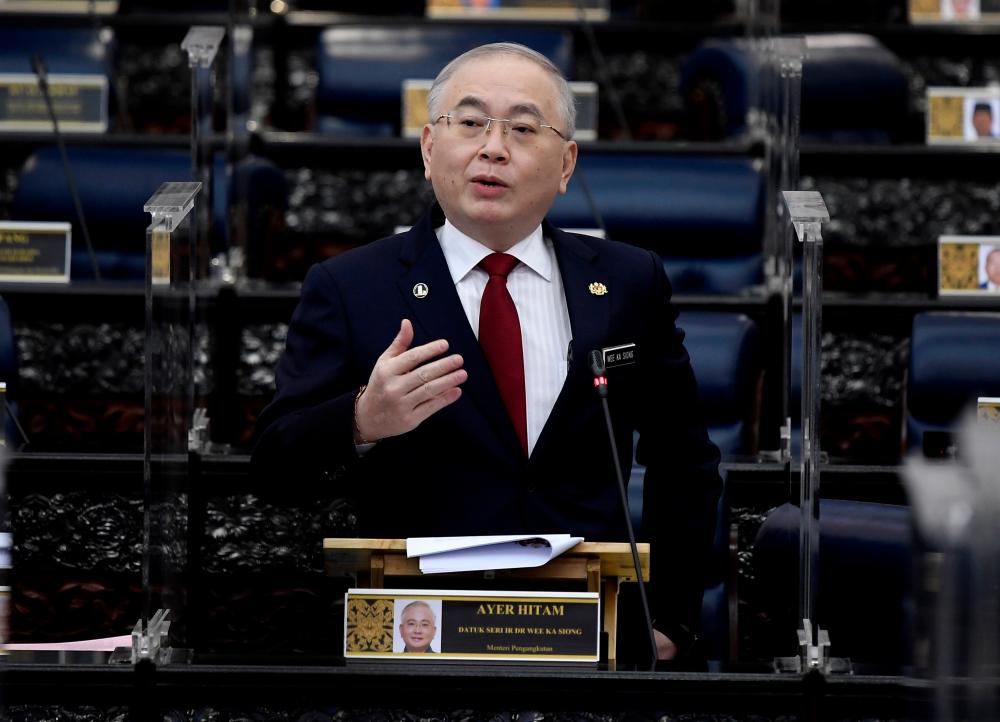 MUKAH: The federal government has no objection to Sarawak’s efforts to upgrade aviation facilities in the state to benefit its citizens, in line with the rapid development in the state.

Transport Minister Datuk Seri Dr Wee Ka Siong (pix) said his ministry, among others, had given the Sarawak government approval to upgrade the Lawas Airport and to the proposal to build short take-off and landing airports (STOLport) in Betong and Kapit.

“All (proposals) have been submitted to the MOT (Ministry of Transport) and after discussing with state government representatives, congratulations and well done to the Chief Minister (Tan Sri Abang Johari Tun Openg) as there are no obstacles to this Sarawak government’s initiative and approval has been given to the state government,“ he said today at the opening ceremony of the new Mukah Airport which was officiated by Prime Minister Datuk Seri Ismail Sabri Yaakob.

Also present at the event was Abang Johari.

The Sarawak government-funded construction of airports in Bukit Mabong, Kapit and Bebuling in Spaoh, Betong is expected to be completed in 2023 and will provide cargo as well as passenger transport services.

Wee gave the assurance that he will always give attention to the Sarawak Transport Ministry’s suggestions as well as any matters arising, and these include the upgrading of rural air services (RAS).

In the meantime, he said the construction of the new Mukah Airport would be a catalyst capable of driving more rapid progress and development in the area, including supporting economic activities in the Sarawak Corridor of Renewable Energy (SCORE).

The new airport will also promote economic growth in Mukah by increasing the transportation network between trade sectors, besides facilitating the export of agriculture, fisheries, food as well as local products such as sago and umai, a popular traditional native dish of the Melanau people in Sarawak.

The construction of the new Mukah Airport, situated about seven kilometres from Mukah town centre, commenced on Aug 11, 2017 to replace the old Mukah Airport (a STOLport).