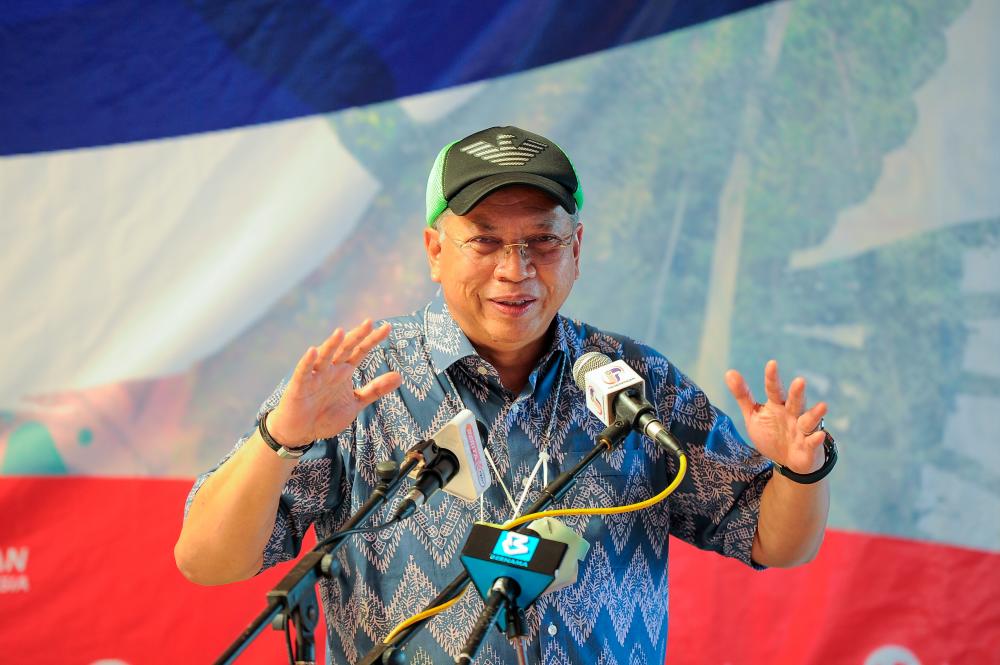 According to him, both sides want to continue working for the people of Sarawak and there are still many development projects to be implemented under the 12th Malaysia Plan (12MP) and the Budget 2022 that were tabled at Parliament recently.

“The GPS government and the federal government would like to continue our work. What’s important is that we work for the people. Elections come around once every five years and after elections, the government needs to do a lot of work,” he said during the launch of the Very Small Aperture Terminal (VSAT) Wireless Frequency (WiFi) service at Rumah Baki, Kampung Sebayang near here today.

Annuar said the vast development happening in Sarawak currently was the result of its people’s steadfastness towards the GPS-led government.

He said the development that he witnessed in Sarawak made him envious as many poeple in his home state Kelantan had yet to enjoy such facilities due to the constantly changing political scenario.

“That’s why I would like to express my thanks as people in Sarawak are always united, and work together to uphold the state government and as a result, we have a state that is progressing well, with a united citizenry who are able to enjoy this shared peace and prosperity,” he added.

It was not easy to develop Sarawak and it required huge costs, he added.

In terms of providing internet facilities, he said that it required RM3 million to set up a tower, including the construction costs, site and equipment rental.

Although expensive, the Federal Government has decided to expedite its implementation at the request of the GPS government, issuing a tender for over 600 towers, which would be increased in the future.

“We want all Malaysians, under the Keluarga Malaysia concept stressed on by Prime Minister Datuk Seri Ismail Sabri Yaakob, to be able to use these internet facilities no matter where they are,” he said. — Bernama