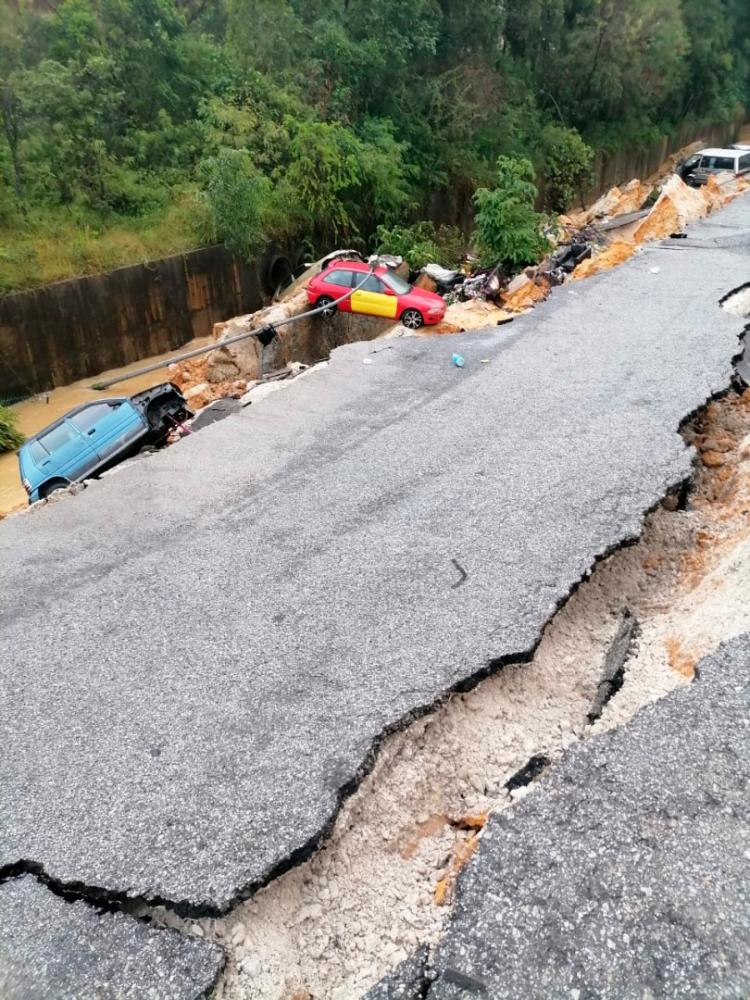 KUALA LUMPUR: It was a stroke of bad luck as five vehicles parked at Jalan LP 1A/2 Lestari Perdana, Serdang near here were damaged as the ground beneath the cliff it stood on gave way this afternoon.

Assistant Superintendent II of the Serdang Fire and Rescue station Saharudin Abdul Razak said it received a report on the incident of apparent soil subsidence at about 6.38 pm, but it did not involve any victims.

According to him, the five vehicles were parked in front of a car workshop and the distance between the cliff that started to collapse and the workshop was seven metres.

“The rain at the time of the incident caused the drain to burst and the five cars sank to a depth of five to six metres.

“Following that, the area was cordoned off to the public before the matter was handed over to the Subang Jaya Municipal Council for further action,“ he told Bernama when contacted.

Saharudin said a landslip had occurred in the area in 2017, which was about 50 metres from the site of today’s incident. - Bernama

Watch videos of the incident here: