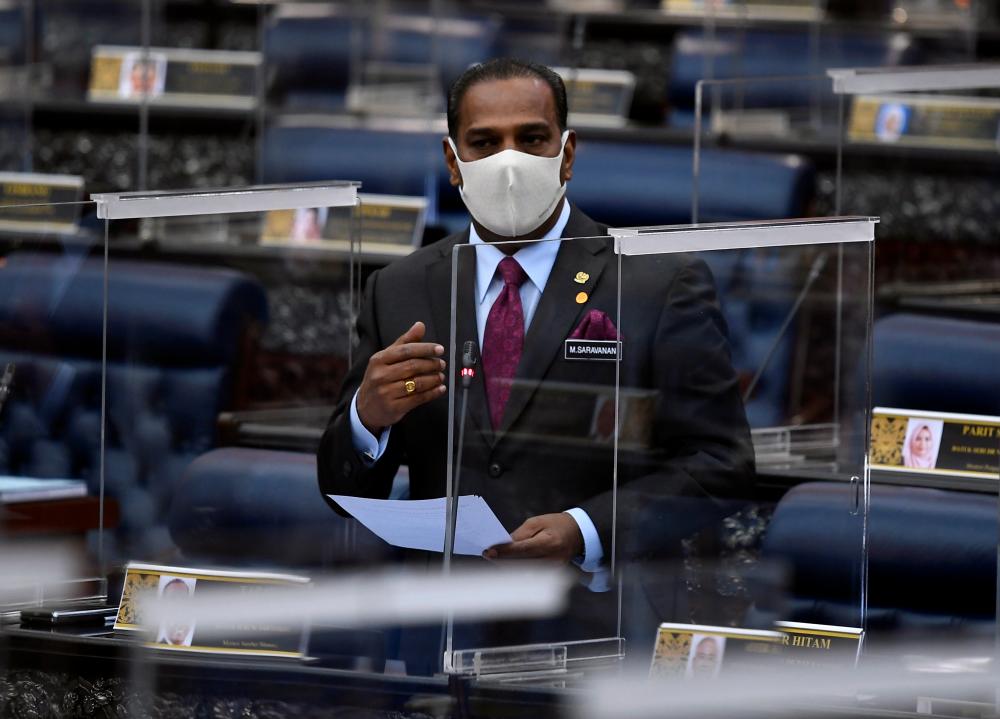 PUTRAJAYA: The Forced Labour National Action Plan will be launched next month as an approach to deal with forced labour issue in the country including the rubber glove manufacturing sector, said Human Resources Minister Datuk Seri M. Saravanan (pix).

In a statement today, he said the plan contained four strategic objectives from the aspect of awareness, enforcement, labour migration and access to remedy and protection for victims.

He said the issue of forced labour is giving a bad image to the country’s rubber glove manufacturing sector in which Malaysia is the leading exporter with 60 per cent of the global market and the sector contributes 51.1 per cent of the overall total export of the country.

According to Saravanan, the issue of forced labour in the rubber glove manufacturing sector is said to be linked to local companies in September 2019 and to date, three local companies had been banned but it was withdrawn in March and September last year.-Bernama

3.KKMM to discuss with Sarawak on use of govt’s official channels