Shortage of migrant workers due to pandemic, restrictions hurting farming and construction sectors 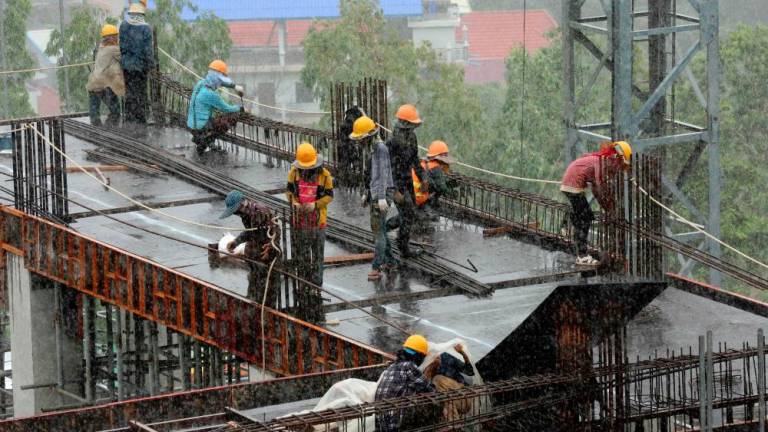 PETALING JAYA: Economic sectors that are heavily reliant on foreign labour are feeling the crunch as the Covid-19 pandemic threatens to bring their operations to a halt.

Among the worst hit is the farming sector, where foreigners make up 95% of its workforce. The second highest employer of foreign labour is the construction sector, where 90% of their workers are non-Malaysians.

“There are very few local workers, and they mainly fill office positions like clerks and managers, while those who work the fields and farms are foreign workers,” he told theSun yesterday.

He said labour shortage has been a problem over the last two years as farmers had been employing workers from Bangladesh. They were caught in limbo as the Malaysian and Bangladesh governments have not inked a memorandum of understanding to bring more workers here.

“But during the movement control order (MCO) period, many illegal workers went missing. Perhaps they were caught in the immigration raids,” he said.

Syed Abdul Rahman added that farmers here prefer to take local workers as foreign workers are quite expensive, with a levy of RM5,000 to RM6,000 each.

“There’s also no headache in facing immigration operations if we have local workers. However, we have placed advertisements to hire locals but there are just no takers.”

“For general work and skilled labour, about 90% of the workforce are foreign workers,” he said.

This is because the construction is considered to be among 3D (dirty, dangerous and difficult) jobs, and it is a turnoff for locals, Soam said.

“There are some programmes conducted with the Construction Industry Development Board to attract locals to participate in the construction sector, but the response was not positive,” he said.

Since only 15% of construction projects have restarted since the Ministry of International Trade and Industry (Miti) allowed certain projects to resume, the sector is not experiencing a shortfall in manpower yet. Nonetheless, a shortage is expected once the sector goes back into full swing.

“We are meeting with the Construction Industry Development Board and Miti to discuss reopening the sector because we are concerned the whole industry may collapse.”

He also said not all foreign workers have received a clean bill of health to work at construction sites. They are required to undergo Covid-19 screening, which will be organised by Socso. Some of these workers will only get their screening appointments after Hari Raya Aidilfitri.

Foreign labour also comprise about 50% of the workforce in the rubber glove manufacturing industry.

Malaysian Rubber Glove Manufacturers Association president Denis Lau said the lack of foreign workers has been a long-standing problem in the industry.

“The glove industry has been facing a lack of foreign workers for many years. We are still hoping that this new government will understand and differentiate needs and availability,” he said.

He expressed hope the situation and working conditions would improve for foreign workers in this sector and the employers are responsible.

Lau said he has no qualms employing locals but said they are not coming forward.

“We are serious and will gladly employ locals. Our priority has always been firm to give employment to Malaysians first.”