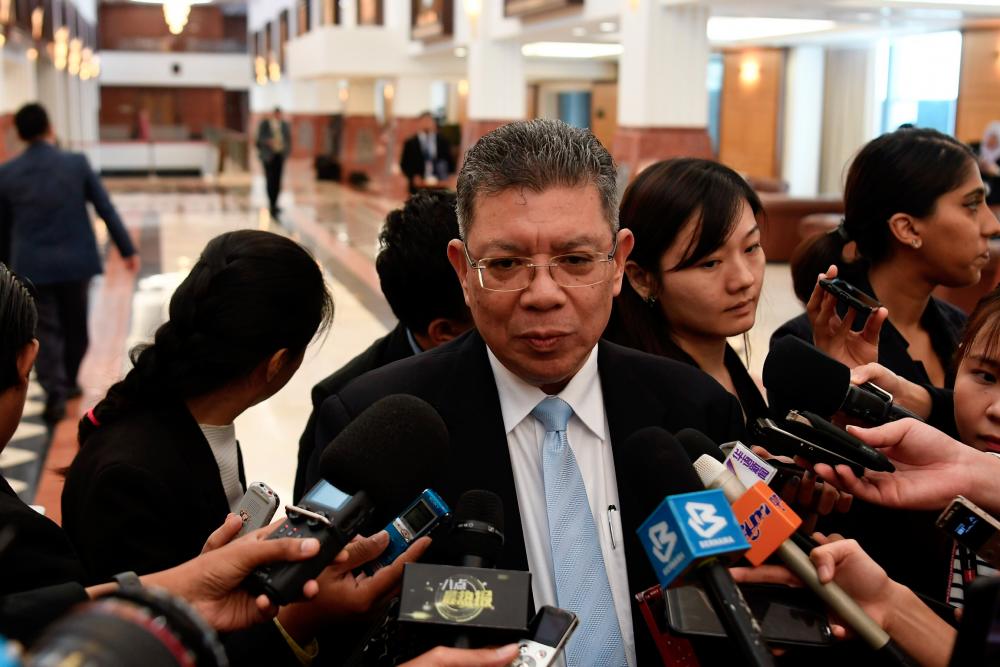 KUALA LUMPUR: The Foreign Ministry has begun to gather information to realise the government’s decision to open a Malaysian diplomatic representative office accredited to Palestine in Amman, Jordan.

Its minister Datuk Saifuddin Abdullah said the Malaysian Foreign Ministry and the Jordan Ministry of Foreign Affairs were working together to identify the processes towards this effort.

“As for the location of the office, the ministry is of the view that it is more practical for it to be located in Amman, Jordan as Malaysia has no diplomatic relations with Israel.

“This is the main reason why Malaysia cannot open a representative office in Ramallah in the West Bank,“ he said during the Minister Question Time at the Dewan Rakyat today.

He was responding to a question by Datuk Seri Reezal Merican Naina Merican (BN-Kepala Batas) who asked the ministry to state details of the government’s plans to open a Malaysian embassy accredited to Palestine in Amman, Jordan, as well as how long the embassy would open and operate.

According to Saifuddin, if a representative office is located in Ramallah, Malaysia would have to officially deal with Israel in terms of logistics, administration and business affairs.

Commenting on Reezal Merican’s proposal for the government to appoint “honorary consul” among Palestinians who had good relations with Hammas and Fattah and Palestinian authorities, Saifuddin said it was a good proposal.

However, he said, if the honorary consul was created, it would have to be represented by both Hamas and Fatah to respect both parties.

“Malaysia is a small country but we are known for diplomacy, we understand the internal politics of the Palestinian people, so we must deal with them well,“ he said.

At the session, Datuk Ibrahim Ibrahim Man (PAS-Kubang Kerian) called on members of parliament to stand in support of the government’s decision to open the embassy with a majority of the members present at the assembly expressing their support.