Former IGP: Delayed police action in Wang Kelian as there were no leads 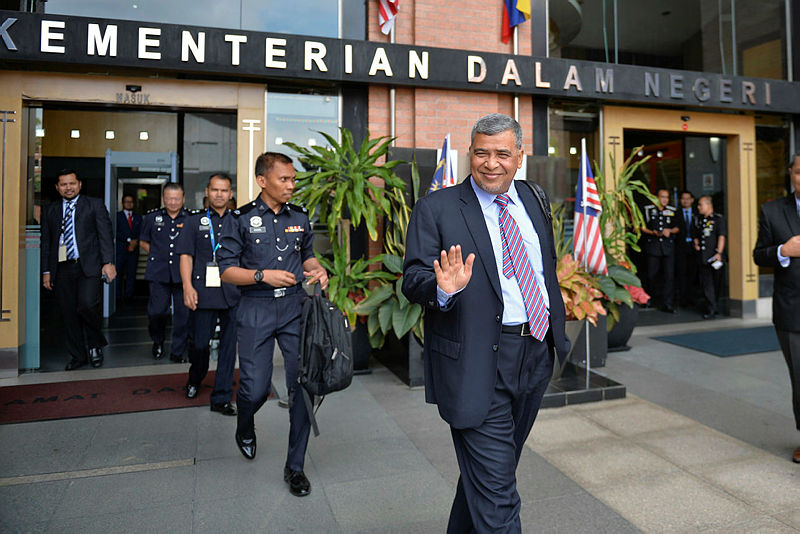 Former Inspector General of Police Tan Sri Khalid Abu Bakar, at Putrajaya for the RCI on the mass graves in Wang Kelian, on June 17, 2019. — Bernama

Khalid told the Royal Commission of Inquiry (RCI) into the case that the police did not have any leads pertaining to the discovery, and that they were also uncertain at that time if the camps were indeed within Malaysian territory.

He said this was why he instructed the then Perlis police chief Datuk Zul Aznam Haron for the state police to hold off further actions until more information were obtained, when he was briefed about the situation on Jan 20, 2015.

“We couldn’t confirm if the location was in Malaysia or Thailand. So I instructed Zul Aznam to find out, because we didn’t want to act beyond our border, or it will be against the law.

“And when I asked him what information he had on the transit camps and grave-like structures, he did not provide me with any. So my instruction then was to get more details about the discovery and who was involved. That was why I told him to ‘hold on’,” he said, here, today.

Asked why action was not taken immediately despite the discovery of the graves pointing towards mass murders, Khalid merely said the police needed to tie together all information before acting.

Last month, when taking the RCI stand as witness, Zul Aznam had said that he was specifically ordered by Khalid to “hold on” all investigations, and that he believed at that time that Bukit Aman would pursue the matter.

The RCI panellists had raised doubts and questioned Khalid why it took the police until May 2015 before the bodies of the human trafficking victims were eventually exhumed from the makeshift graves. It was also not until March that year that further arrests were made.

RCI chairman Tun Arifin Zakaria had also questioned why it needed months for the police to determine if the camps and graves were in Malaysia, arguing the matter could be confirmed within hours.

Meanwhile, Khalid said he was unhappy with how the Perlis cops handled the situation, claiming he was particularly dissatisfied that they were unable to obtain leads to the syndicate.

“When I asked for information and wasn’t given one, of course I was not happy at that time. He (Zul Aznam) knows I was not satisfied too,” he said.

“The prime minister in particular was very concerned if our authorities were involved, because several Thai authorities were detained in their country. But until today, we are still unable to prove that our men had any involvement,” he said.

Khalid admitted that the Wang Kelian issue proved there were weaknesses in the country’s border security, which he said could be improved by increased personnel, improved relationship and intelligence sharing with Thailand and better cooperation among agencies working at the border.

The former top cop however said he still believed the whole issue surrounding Wang Kelian was a success, pointing out that the police managed to uncover a large-scale cross border crime to ensure it does not repeat in the future.