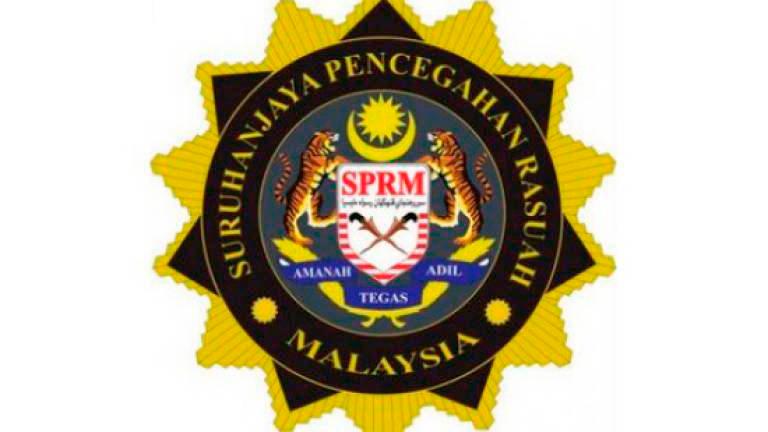 PETALING JAYA: A former deputy president of a municipal council was arrested by the Malaysian Anti-Corruption Commission (MACC) on Sunday night for allegedly securing project tenders for contractors of his choice in exchange for bribes.

The 42-year-old suspect who served as deputy president of the council between 2015 and last year is currently a division secretary at a government agency in Selangor.

The suspect was arrested after he was summoned to the MACC headquarters in Putrajaya for questioning.

Sources said the suspect was allegedly an accomplice in securing contracts and tenders for cleaning and maintenance work in Selangor.

MACC investigators learnt that the suspect allegedly received kickbacks of RM38,000 and RM75,000 as downpayment for the purchase of a luxury vehicle.

The investigators also found that the suspect’s favoured contractors had allegedly given him luxury watches, a TV and paid RM18,000 for the renovation of the suspect’s house.

It is also believed that since 2018, the suspect had been receiving RM3,000 monthly from the contractors.

The suspect was remanded for five days from yesterday for further investigations.

On a separate case involving the arrest of a president of a municipal council by the MACC last week for similar offences, sources said ongoing investigations showed that the suspect had allegedly demanded for bribes amounting to RM500,000 from a contractor in the form of a downpayment and discounts for the purchase of a double-storey terrace house built by a well-known developer.

The demand for the kickback was for the approval of a development project under the company.

It is learnt that the MACC did not discount the arrest of several more individuals linked to the case.