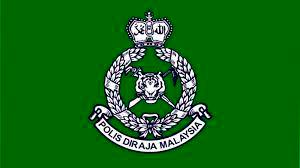 PASIR MAS: Members of the Ninth Battalion of the General Operations Force (GOF9) seized chicken and other frozen foodstuff worth RM85,950 from two lorries in an oil palm plantation here, early this morning.

GOF9 commanding officer, Supt Nor Azizan Yusof said all the goods were suspected to have been smuggled in through an illegal jetty on the Malaysia-Thailand border.

Earlier, he said GOF9 personnel were on a lookout at an illegal jetty in Lubuk Setol when they saw several men loading boxes and plastic packages into two lorries at 2 am.

“Realising the presence of the GOF9 members, all the men ran into the jungle while the two lorries sped away from the illegal jetty area. We mobilised an operation assisted by personnel from the other branches to detect the lorries,” he said in a statement, today.

The lorries were found abandoned and unlocked with boxes and plastic packages containing frozen chicken meat and other food items in the oil palm plantation in Lubuk Setol at about 3.30 am, Nor Azizan added.-Bernama

1.National action plan on business and human rights to be launched by 2023